Cosmic Boys are back on UMEK’s label 1605 with their second solo EP, and it’s another thumping techno release in their usual explosive style.

Becoming known for their spine-tingling melodies and breakneck percussion rhythms that exude an extroverted energy that lines up perfectly with the 1605 style.

In addition to 1605, the Cosmic Boys’ own label Legend has also been a main outlet for their tracks, and 2020 has seen them also do a top selling remix of a Mark Reeve track called “Geometric”.

Many techno fans will also be familiar with the Cosmic Boy’s collaborative track with UMEK called “Evolution” that went No.1 on Beatport.

The title track “Need A Connection” has the dramatic bass stabs and euphoric pads that collide to create a potent chemical reaction of sound, which is bright enough to light up the dance floor with frenzied excitement.

“Universal” is the second track, and it is similar to the first, but with more of a stripped back style. Still uplifting with its immersive synth lines, and shrouded in the same dark atmosphere, it’s great to hear two tracks that are so complimentary.

You can get your copy from HERE 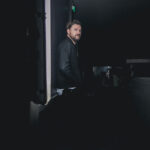 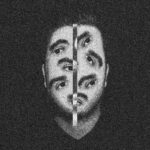