We catch up with Dale Middleton about what he’s been up to this year and find out what we can look forward to from his new label, Tarnished Tracks.

Hi Dale! Thanks a lot for taking the time to speak to us. Can you kick things off by telling us some of the highlights – releases, gigs, or whatever – since we last spoke to you?

Hi guys firstly thanks for taking the time to interview me. It’s been non-stop since we last spoke. I’ve had some really cool releases on Sudbeat, Parquet & Flow, as well as my Compilation on SexonWax, which featured ‘Engage’ & ‘Eggos’, both were massive for me. Gig wise I have played all over the world, Argentina, Kiev, Germany, Leeds here in England and most recently at ADE in Holland. In the last few months I have been concentrating on setting up and getting everything ready for my new label Tarnished Tracks.

Obvious the big news at the moment is the launch of your brand new label, Tarnished Tracks, with the first release being your own double-A-side ‘Tarnished’/‘Assonance’. Why did you decide to start your own label, and how is Tarnished Tracks going to stand out from what’s already available?

I decided to start my own label as I wanted to create a new home for my productions, whilst ensuring that I could forge them (and the label) in my own imprint. With my Subsidence Sounds podcast I have invited friends from around the globe to feature on the guest mix, with Tarnished Tracks I can now invite these friends to release on the label. With regards to making the label stand out, I hope the quality of the music alone will do this and hope this is what Tarnished will be known for. With that said, we have attempted to create a strong “Tarnished” identity to our logo and artwork that will become more apparent as the releases continue.

The first release gives a really good taste of the spectrum of your work, from the harder, darker techno sounds of ‘Tarnished’, to the catchy, melodic, piano-led house of ‘Assonance’. Does that reflect the kind of range of sounds that we should expect to hear from the label?

To be honest I’m really pleased you say and ask that, as that’s exactly what I wanted to state with the first release and in so the labels style. Many other labels appear fixed with only “this” or only “that”, with Tarnished Tracks we want to release not only Techno, but Melodic House and Progressive, just as long as its quality music. With the first release like you say ‘Tarnished’ has that darker Techno edge, where as ‘Assonance’ has a more uplifting melodic sound. I hope people enjoy the diversity in the release, and understand that its this diversity that’s essential to the Tarnished Tracks ethos.

As well as releasing your own tracks, the label is designed as a platform for your to showcase other producers. Can you give us any clues about who might be coming up? Are there any less well-known producers that you’re planning to introduce to the scene on Tarnished Tracks?

Yeah for sure, although the label will feature a lot of my own tracks, we are also proposing to release productions from some of my favourite artists. I can reveal two of the artists on upcoming releases will be Jamie Stevens and Pedro Aguiar. One of the best things about being a DJ and now a label owner is I get sent some amazing unsigned music from guys I’ve only just heard of, so now with Tarnished I have an opportunity to say “Yes, this is for Tarnished, we’d love to release it” so I hope to bring some new sounds and artists to the label.

What else can we look forward to from Dale Middleton in the remainder of this year, and into the next?

Right now I’m concentrating on the label and the first couple of releases. As far as gigs go I have shows penned for Copenhagen, Manchester and Montpellier, at which I’m really looking forward to showcasing a few new Tarnished releases.

Thanks so much – good luck with the label!

Cheers guys, and thank you very much for the interview.

‘Tarnished’/’Assonance‘ is out this week on Beatport. 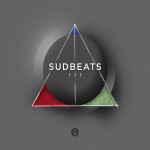 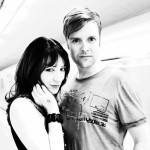