A true pioneer of electronic music whose influence has transcended generations; we are honoured to have this exclusive mix from the legendary David Morales.

David Morales is a globally revered American DJ, a Grammy award-winning record producer, a songwriter, and a businessman. He has produced and remixed over 500 records for an all-star roster of multi-platinum artists, including Mariah Carey, U2, Michael Jackson, Aretha Franklin, Madonna, and Whitney Houston. The global phenomenon and penetration of dance music into Top 40 radio would not have been possible without him.

A native New Yorker, Morales was one of the first superstar DJs to actively tour the world, and his activity, over the years, has only increased. Recent 2019 headlining dates include the U.K.’s 51st State Festival; a back-to-back set with Luciano at IMS’ Dalt Villa party; massive five-hour “tag-team” sets with Louie Vega; sold-out events at Manchester’s Victoria Warehouse, Avant Gardner in New York, and A Night in Paradise at London’s Ministry of Sound. Coinciding with these dates was Morales’ keynote interview and official party headliner at the Brighton Music Conference, which included a streamed set on the British Airways i360 Tower.

Blending elements of house disco with anything that has a percussive flair and the occasional bit of techno, David Morales has a DJ style full of flair and flamboyant energy.

Most recently he collaborated with Timmy Regisford and enlisted the vocal talents of Toshi for the new release on his label Diridim Records that can be purchased from HERE. 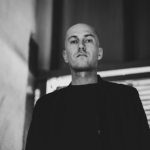 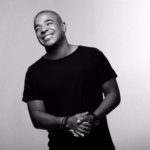