Hi guys, how did Touchtalk come to be?

Touchtalk: We are deejays since the early 2000s. In 2009, Estevão was invited to play in a club that Gabriel was resident. From this we started to talk on the internet and startet to do some tracks together. Our musical tastes were similar which facilitated the process. The tracks were falling in the taste of many Djs and many people already charged us a project so that we began to present ourselves together. It was then that in 2012 we created the “TouchTalk”.

Tell us a bit about Brazil’s music scene

Touchtalk: The scene in Brazil is super hot. Today there are partys focused on Progressive and Techno, just as there are clubs that cherish these genres. We consider ourselves privileged to present us all over Brazil in the best Clubs and Festivals. It’s very gratifying you work years and this happens naturally.

You’ve got a new remix of Marst out now on Timeless Moment. Tell us about the inspiration behind the remix.

When Danilo invited us to remix Marst, who is a respected artist and has already release in Diynamic and Bedrock, we were very happy. The responsibility increases when you remix a track from an artist with so much exposure. The process was really cool because the parts of Original Mix made the process a lot easier. So we put together the original parts, and brought them into our world, with our instruments and grooves. The result you can check there.

This is your second appearance on Timeless Moment after remixing Morttagua’s ‘Tarnhelm’ in January, what is it that’s so great about working with the label?

Touchtalk: We think that Timeless Moment is the best label in Brazil, when we talk about Progressive. It does a beautiful promotional work and is managed by those who understand the subject. It has great support in its releases and is always featuring in the Beatport charts.

Who are some up and coming artists from Brazil to look out for?

Touchtalk: There are so many that it would even be unfair to forget someone. But let’s talk about the new talents. Afternude, project of Rafael Lisboa and Gabriel Petrucci from Rio de Janeiro, who are always present in our sets with their tracks balanced and infallible on any dance floor.

Touchtalk: Our sets are almost always constructed with tracks, ranging from Tech House, Techno and Progressive. But of course there are always artists like: Wehbba, Drunken Kong, Patricie Baumel, Yotto and many others.

Touchtalk: I think our great achievement was to have 2 songs released on the legendary Glasgow Underground. After countless attempts, we almost sent a whole album, we did it! LOL

What coming next from you guys? Anything you can tell us about ?

Touchtalk: We have some releases for important labels in the next months. After 6 yeas of TouchTalk, we thinking about start an album to 2018.

Current Top 5 tracks in your sets?

Touchtalk has new music out now on Timeless Moment, you can purchase the release: here 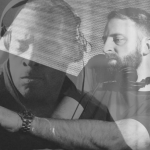 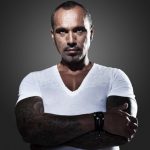