Originally released in 1991, ‘Station Of The Groove’ was a true classic for the original rave generation, but since that time has been an overlooked work on Saunderson’s impeccable discography.

For Djs who know their house & techno history, Jay Denham’s mix of Kevin Saunderson/The Reese Project’s “Station Of The Groove” is a stone-cold classic. The instant, jacking vocal is so strong it was sampled in the 90s by house producers like CJ Mackintosh, DJ Q and even Hacienda legend Graeme Park.

Belfast producer Montel’s fascination with classic House & Techno led him back to the track earlier this year, creating a re-edit version for his own DJ sets. The immediate reaction was apparent when Richy Ahmed, Steve Lawler and Hot Since 82 were requesting a copy for their DJ sets too.

Label attention soon followed from the legendary Glasgow Underground imprint and negotiations began to help this track see the light of day. When Saunderson heard what Montel had done with the track he was instantly impressed and was more than happy to get involved with the project.

Several months down the line and a new updated version between the guys, has produced a fresh new take on the underground classic. A track that easily traverses the House and Techno divide, and showcases a distinctive sound that represents both producers.

Station Of The Groove is released exclusively on Beatport through Glasgow Underground on 27 October 2017. 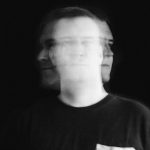 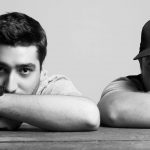