Paula Cazenave begain DJing in 1996, producing in 2005 and has been rocking clubs and festivals all over Europe for a long time along with key events like Awakenings and Dreambeach.

Singaporean Gayle also kicked off her DJ-career in the nineties and her reputation includes her impeccable three deck mixing skills that lead her to play in the world’s most renowned clubs, e.g. Final Frontier (London), the legendary Omen Club in Frankfurt (the so-called ‘Mecca of Techno’), the Lehmann Club (Stuttgart) as well as on the renowned techno festivals Nature One and Awakenings.

Combine Audio explores the tension between techno of ‘now’ and ‘then’, combining the grooves and raw sounds of twenty years ago with the crisp modern production techniques. This will result in a new kind of techno that breathes new life in to the sounds of the 80s to early 2000‘s.

Enjoy our exclusive premiere of Gayle  San’s ‘Deploy’ and leave your feedback in the comments below. 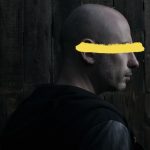 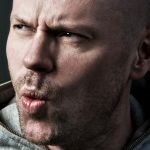