Dave Seaman gives us his views on the rising popularity of Progressive House on the global stage.

Hi Dave, it’s great to have you back on C-U again. Last time we spoke was in 2013 believe it or not when you were doing a crowd funder for your mix CD.  Would you ever do something like that again?

Dave Seaman: Never say never but I don’t have any plans to do it again at the moment. It was a great experience. A really unique project that took me out of my comfort zone and led to lots of fantastic gigs and to me meeting lots of great people. The only real downside for me was the amount of time I needed to invest in it. It really took over my life for the good part of a year and that prevented me from doing lots of other things properly over that period so if I were to do it again, I’d have to make sure I had the decks cleared (no pun intended) for a while.

You were forming your label with Selador with Steve Parry at the time, which has become one of our favourite labels. We interviewed AFFKT recently, who you’ve been working with a long time and feel he’s really begun to find his sound of late. You’ve also got artists like Quivver on the roster who always seem to deliver amazing tracks for you. We’ve seen you and Steve seem to be doing a lot more Selador gigs these days. Can you share with us the ethos behind the Selador brand and where you’re looking to take it?

Dave Seaman: We really just stick to the simple principle that if we both like it and we’d both play it, then it’s a Selador track. We’ve tried not to get stuck in one niche genre as we both like and play lots of different styles of electronic house, hence the fact we’ve had everyone from Victor Ruiz, Reset Robot and Dubspeeka to Gorge, Tim Engelhardt and Ruede Hagelstein on the label. It could be deep-as-you-like house or peak time Techno, it all falls under the Selador umbrella for us. And that all-inclusive family feeling is one which we intend to build on when it comes to future events. We’d like to do Techno nights or Progressive nights or Deep House nights or even better, have it all on the same night!

Can you tell us some of the stuff you’ve got coming up that we should looking forward to?

Dave Seaman: We’ve just released an EP by Greek Producer Stelios Vassiloudis.  Next up is an EP by Frenchman Acumen, then it’s to Spain for a release by Affkt and then to Germany for a Florian Kruse EP. We’re also going to be doing more label nights at Watergate in Berlin which we’re very excited about after the last one was such a big success. So as you can see, we are an anti-Brexit label! haha 🙂

Last time we spoke, we talked about Global Underground – who are back with a vengeance. You mentioned previously that GU wouldn’t be the same today and you’ve got to keep moving forward. Obviously times change Dave so do you still hold the same opinion?

Dave Seaman: It’s good to have GU back. It’s a strong brand that so many people around the world grew up on. Obviously times are very different from in GU’s heyday when they could sell thousands and thousands of CDs, but I still think there’s a role for them to play in today’s scene. Well packaged special edition ‘physical’ albums are still highly desirable to collectors and avid music fans. Digital mixes are just too disposable for many of us. There’s no emotional attachment to a computer file. So I think there’s definitely a market for new GU ‘city’ compilations and there’s certainly plenty of DJs for them to choose from who I’m sure would be honoured to be party of such a prestigious series. Let’s see how things pan out but I’m optimistic for their future.

Progressive house has become really popular again and although we know it never went away, the sound is being championed by more artists across the world. Nick Warren told us even techno DJs are playing it but nobody is calling it progressive. We’re receiving promos from artists and labels, who’re pushing the progressive sound, yet completely unaware of it’s origins…

…if you look at progressive artists like Solomun, Uner, Kölsch and Dixon – those guys are massive on the global stage now; yet they’re relative newcomers in comparison to you, Nick and Hernan.  Are you a bit miffed that the big name festivals and global events, plus clubs in Ibiza are not recognising you guys as the true leaders of the progressive scene? Or do you see the scene that you’re part of as the real underground? And the scene that Dixon etc… belong to more part of the corporate machine which Funk D’Void spoke of recently?

Dave Seaman: We all know Progressive House never really went away. It was Beatport’s decision to allow lots of cheesy EDM producers to hijack the genre that tainted the name and so real Progressive House had to masquerade as Techno or Deep House or Tech House for several years.

But as is the circular nature of fashion, things come round again and it does seem like Progressive is making a bit of a comeback, thanks in large part to Beatport creating a new ‘Big Room’ section for all that commercial music which has allowed the more underground Progressive to rightfully reclaim it’s own genre.

In fact, the world has changed. You see it in all walks of life. Look at the top tennis players who all now have a manager, a coach, a fitness coach, a nutritionist, a masseur, a publicist, etc, etc. If you have a skill that can be turned into a brand and can assemble a great team around you then you can achieve bigger things.

Can that be seen as being part of a corporate institution? Maybe so. But I wouldn’t question any of those guys’ passion or commitment to what they do. I think they deserve all the plaudits they receive.

C-U: We want to hear your opinions about this so leave them in the comments box below.

Which one of your productions would you say you’re most proud of recently and why?

Dave Seaman: I was really happy with my ‘Voodoo Disarray’ track and also the remix I did for Affkt of ‘Between Us’ earlier this year. In both cases I was trying to make distinctive dance floor weapons that retained a certain understated quality and like to think I achieved that. There’s actually a remix EP of ‘Voodoo’ on the horizon with contributions from Johannes Brecht, Drunken Kong & And.Id on Selador which I’m very excited about.

You’ve got a new remix coming out on bTechNoir soon which we premiered this week.

Dave Seaman: Yes, thank you for that. I did that remix at the beginning of the year and so am happy that’s it’s finally coming out next week. I know it was one of Pro B Tech’s highest performing tracks on it’s original release and there were some lovely parts that leant themselves to a very warm melodic interpretation, so was happy to get involved. Really pleased with this one. Hope your readers like it too.

As you know, C-U is a platform that supports and showcases new talent. Could you share with us a couple of emerging artists that people should keep their eye on?

So we can get a flavor of what you’re playing right now, can you tell us your other go to labels right?

Dave Seaman: Diynamic, Watergate, Freerange, Terminal M, Innervisions, Kompakt. Again, I could go on and on. There are so many great labels around.

Do you have any plans to release another album and what’s coming up tour wise next?

Dave Seaman: I’ve done new remixes for Affkt and Jozif coming soon and have also started a couple of collaborations with two very cool artists. Plus, unbelievably, it’s going to be Selador’s 5th birthday next year so we are already gearing up for a big celebration around that milestone. Lots of exciting things are afoot. Watch this space. 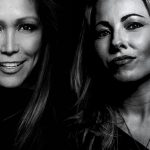