Nick Warren is one of the most followed and well respected progressive house DJs on earth. We last spoke to him back in 2014 and thought it was time to have another quick catch up!

Hey Nick, hope you caught a whopper in Scotland this week 🙂 Thanks for taking the time to talk to us again!

C-U: You announced you were working on the new Way Out West album last time we spoke. We’ve heard it’s finally coming out on Anjunadeep on June 16th!  Just how long has this been in the making now and can you tell us a bit more about it?

Nick Warren: it has taken us around 6 years to complete the album. We have both been doing solo material and also touring non stop so it has taken longer than usual to get it done but we’re really happy with the result and the feedback we’ve had so far.

C-U: your new label The Soundgarden is superb. We premiered Anton’s remix of Inhmost recently which is absolutely sensational. How do you see the label progressing as it moves forward?

Nick Warren: thanks a lot! The Soundgarden label is a platform to release some of the more eclectic music I enjoy. There’s a wide span of musical styles on the label, from chillout to more dancefloor aimed tracks.

C-U: what releases do you have coming up?

Nick Warren: coming up we have new music from Ran Salman, Anton Dhouran, Martijn Ten Velden and Staves, Grant Nicholls and many more.

C-U: do you have any plans to do another Soundgarden mix CD?

Nick Warren: absolutely! The first album was received very well and I’m hoping to have more news on the second one later this year.

C-U: We talked about Global Underground back in 2014 and we see the guys are back in business since we last spoke. Any plans to work with them again?

Nick Warren: we haven’t discussed anything for the near future but you never know.

Elio Riso told us techno’s on the rise in Argentina. We know Argentina has always been a big homeland for you. Do you feel the Argentine’s love affair with progressive is beginning to cool?

Nick Warren: definitely not, I did an incredible tour in Argentina in February, with some of the events under The Soundgarden concept and you can see the enthusiasm for example on this Be at TV live stream we did from Mar del Plata:

I think the sounds cross boundaries to be honest. If you listen to a lot of techno DJ’s they are actually playing prog… they might not like it to be called that but that’s what it is ?

Do you feel the progressive scene is growing in any other regions of the world? I recently heard mumblings that China could become the next big thing.

Nick Warren: the proggy sound has always been popular and it now encompasses everything from deep house to techno so I think it will continue to grow in popularity. I don’t personally really bother with genres anyway, I’ve always just played what I like. You have to stay true to your love for music and not get influenced by trends.

You’ve always been amazing at set programming and taking listeners on a journey. Hernan revealed in an interview a few weeks back that he loves playing Stereo Montreal and ended up playing a 15 hour back to back with Guy (J)! Any plans to treat fans to a Nick Warren all night long gig? And which club or country would you choose to do that?

Nick Warren: it looks like I will be at Stereo this year again so maybe it’ll be an extended set there. I enjoy playing up to around 6 hours at a time, not sure I need to play for 15 really haha. The last Soundgarden in Mar Del Plata was 7 hours and I loved that!

What gigs do you have coming up that you’re really looking forward to?

Nick Warren: there are always so many but the upcoming Way Out West tour in India, The Soundgarden Ibiza Opening Party on May 23rd, Extrema Outdoors Belgium with Hernan, Bolivar Beach Athens and The Soundgarden and Sudbeat show in Barcelona are all coming up in the next month and of course Glastonbury Festival is just around the corner.

You shared some of the producers you were liking last time we spoke. Is there anyone new that’s caught your attention?

Nick Warren: Modd, SevenDoors and Compuphonic have all impressed recently.

Hernan gave us some up and coming names from his Sudbeat label that he thinks will go on to make it. Can you share any from yours?

Nick Warren: Oona Dahl who remixed our latest release, Mariano Mellino from Argentina is also on a rise, and Ben Böhmer.

Do you have a favourite all time record that you could play in any set? 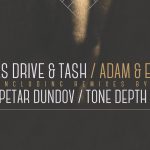 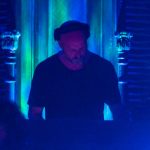