Elio Riso was a big part of the Carl Cox And Friend’s event at Space Ibiza before the club closed its doors for the final time at the end of last summer, and is an artist we have been a fan of for a long time.

Elio Riso has played many other Ibiza events such as Marco Carola’s much famed Music On party in Amnesia, and conquered dancefloors across the whole of Latin America. He’s also compiled mixes for labels like Defected, and released his own music on labels including John Digweed’s Bedrock and Mark Knight’s Toolroom.

Elio, how would you best describe your sound, and who would you list as your main musical influences?

Elio Riso: I consider myself eclectic and play Groovy House, Tech House and Techno plus some Melodic stuff. I always try to tailor what I’m playing to match a crowd. Whether it’s a warm up in a club, or the peak time slot at a festival, I always pick my tracks carefully, and try to target the mood to what I think people want to hear.

There are several artists with old school characteristics who influence me such as Carl Cox, Marco Carola, Steve Lawler and Stacy Pullen, but as the moment I’m also inspired by The Martinez brothers, Joseph Capriati, Paco Osuna, Sam Paganini, Pan-Pot and Mind Against.

Elio, You were a regular feature at Carl Cox and Friends night at Space Ibiza. When did you first meet the big man and how did you get on the lineup?

Elio Riso: I arrived at Carl Cox’s night in Space via his Ibiza’s event producer Dave Brown, and after a few years I was part of the main stage on the Space terrace.

After I started playing there Carl asked me to send him some of my productions, and after being signed to Carl’s label Intec, I first got invited to play on the main stage with Carl. The first ever date I played was with Laurent Garnier, and apart from a couple of years where I took a break from the event, I was there until the it final closing in 2016.

Elio, You recently released your new True’s EP on Carl Cox label Intec on March 17th. Was there any concept behind the release?

Elio Riso: my True’s EP from which you premiered the title track on Change Underground, was made especially for Intec, so I worked in the style Carl plays at big events and festivals, which for me was easy for me because I also play a very similar style at those type of events.

I was very happy because Carl started playing the tracks from the moment the demo was in his hands, and now they are released I’m very proud of the EP, as I really love the tracks.

The True’s EP on Intec was made in collaboration with NiLO.R. How did you guys meet and do you have any other projects in the pipeline?

Elio Riso: NiLO.R is my youngest son, and for the last two years we have been working together on several projects. He is only 19 but has already joined me behind the decks at some of my gigs.

I’ve shared some of my big room DJ experience with him, and he teaches me new generation tricks and techniques I might have otherwise missed.

I know it’s not very common to see a father and son sharing such things together, but for it is a very special thing that I get to share these moments with my son. I always dreamed about these days, and now they are happening I feel truly blessed.

Elio, you live with your son in Argentina. Do you think Argentina’s music scene is more geared towards the progressive sound than techno?

I was born in the Cordoba part of Argentina with a Neapolitan father who was a Horse Jockey… that’s why I’m a Disc Jockey, as following in your father’s footsteps runs in my family haha.

Danilo (NiLO.R) was born in Buenos Aires, and has focused on being an electronic music producer since the age of 15.

Today, Techno and Tech House has a strong presence in Argentina, and has been pretty dominant for a few years now. Progressive House was once strong, but its popularity has dwindled over the last few years.

Now Space Ibiza is closed, will you still be heading back to the White Isle again in 2017?

This year I am back in Ibiza for the season, as I love the island and it’s magic. Every year in Ibiza there are changes with new trends, and political manoeuvres linked to the opening and closing of the big clubs.  For me there are lots of gigs in Ibiza, so in the summer I always want to be living there.  This year when the Ibiza season closes I also plan to get a place in Barcelona and stay in Europe for a bit.

Can you share your ‘go to’ club music labels?

Among others I really like NONSTOP, Deeperfect Records, MKT Rec, Stereo Productions and Push Push Music.

Can you give us a list of producers we should look out for?

What’s your current top 5 tracks you like to play at gigs?

These days I mainly play my own music at gigs and try to time peak time DJ moments to fit my own tracks, so at the moment its hard for me to pick a top five without listing just my own music. If people check me out on Beatport, I guess they will see in my top 10 sales chart the tracks I’m playing a lot 🙂 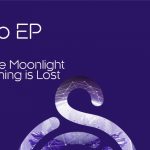 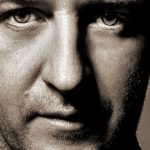