German artist Affect! talks to us about his new label Salomo, his latest release on Making You Dance and more.

Affect: I started in young years as cello player and learned later to play piano and drums as well so I’m coming more from a classical and jazz background , my first memories of electronic music its around 99 to 2000 i was like 12-13 and i would say 2006 i got really into electronic with Booka Shade and stuff like Extrawelt but i listened between 2000 and 2006 a lot drum and bass and a little bit progressive trance to this time 😉 , i would say a career in the music was something i really liked but never thought about … that came later with 18 after i played my first DJ gigs and playing in front of people on a festival . And for Sure i would Say 2006-2008 made me really wanting to do this there was so much outstanding productions from artists like Booka Shade, Extrawelt, Nathan Fake and a lot more to this time.

3. You have a new track out this week as part of the Making You Dance ‘Invisible Talents’ Sampler. Tell us how you approached writing the track, how it ended up on the label and what’s coming later this year from you?

Affect: After i released previous on the label i stayed in contact with Adrian and he asked me for deliver an track to the compilation, Kratos was one of my recent finished in my new Studio so i send it to Adrian. I work recently on 2 Collaborations one with Pole Folder and one with Daso also in the moment we launched our new Studio called 432 Studios and I’m working strong in bringing my new Label Salomo Records forward 🙂

4. How difficult was learning to produce for you in the beginning? Did you take any Audio Engineering programs or production courses to help you out or are you pretty much self taught? And did anyone give any advice early on that really helped?

Affect: Coming from a Strong Music background the Composing was something that came really easy for me the only thing i had to learn or i still learn is the arrangement and sound design (mixing , master , drive in the tracks and how to make it sound proper in the club ) so i started with my first solo project as Jacques Mueller , AFFECT! Came 3 years later as an second project , i learned a lot through visit friends in the Studios and work with them i think to see how other work brings you always a little bit new wisdom you can use later in your own way. I was always more an self taught guy and did not watched so much tutorials or producing programs.

5. What parts of the production process do you find the most difficult and what comes easiest for you? When you do hit a creative block what helps you through it?

Affect: The Mixing was always most difficult for me because of lack of an good room acoustic wise but since we had an real Studio and good Speaker it helped a lot . The most easiest part was always the creative session and finding melodies and composing. The best way to go somewhere for new impressions for me it can be a beach or nature or a good festival 😉

6. You also recently launched your own imprint ‘Salomo’. Tell us about that, what’s the vision behind it, how’s it going so far and what is it you look for when signing new music to label? What’s your advice for people looking to get on the label?

Affect: Yeah we launched January with Jobe’s The End Ep , for now its running pretty good i think all Ep’s was charted yet we recently released an Ep from Rauschhaus , the vision is we aim to establish a reliable source for quality music suitable for a unique club set and we tried to grow an family there with Salomo Records and Salomo Publishing. Well listen our last Ep’s and if you think your sound fits send it to us 😉

Affect: to be honest i listen privately mostly jazz and older rock / blues and different kinds of music and im sure it effected me combined with my music background together.

8. Do you have any plans to release an album? And how important do you think artist albums are in this age of rapidly consumed music?

Affect: I already started slowly to collecting tracks for an album but i will not push myself to much with it because i think an album from me would be not club music its more an expression of what i like and do and the tracks are already mixed electronic genres but not with the focus on club and i think albums are more good as expression of musical range of the artists and if you don’t make an usual club album and focus on creativity with a bit luck you make something great and people listen it long time , i still listen good albums from several artists 🙂

9. What was the first and last physical (CD, Vinyl, Cassette etc) piece of music you bought?

Affect: last vinyl i bought after i listened was Cubicolor – Brainsugar its really great!

10. Tell us something about yourself that might surprise people?I’m over 2 meter tall haha 😀 that surprises mostly people when i meet them first time.

11. What five tracks are you currently loving the most at the moment?

Affect: At the moment i listened most the new upcoming Salomo Ep from Strinner its really 3 banger coming there but beside of that i would go for Masaya -Borderline ( Patrice Baumel Edition) and the new Julio Lecha Ep on Dialtone

12. There are countless producers out there trying to find their way and create their own unique sound like you have, what advice do you have for them?

Affect: Do what your love and don’t run after trends I’m sure that’s the best way to find our own trademark sound 🙂

13. If the final DJ/live set of your career was next week what would your last track be?

Affect: as last track in your career you should play your best own track i think so it would be for now from my last Ep and its called Veritas 😉

‘Kratos’ is out now on Making You Dance, you can purchase the release: here 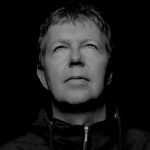 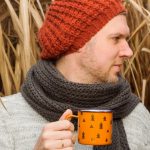