Originally I’m from Oxford in the UK, I spent maybe 10 years living in London. I’m currently living in Berlin. Having first moved over here 3 years ago I’m based here mostly with some intermittent trips to London.

2. What were your influences that got you into electronic music?

Growing up in the wooded outskirts of Oxford my very first contact with electronic music was some experiences with the “Free Party” scene. There was a strong culture in the 90’s of raves in the woods and hills around the small town where I lived as a teenager. This was mostly jungle and drum and bass – and this early exposure and interest developed into trips to the London clubs – Fabric, The End, Bagley’s, The Rex, Turnmills, etc. As a drummer by trade I then diverted for some time into live and studio work with indie bands. However I guess even during that time I drew on a broad palette of genres. As is the way so often these days my influences have become a big old melting pot of all sorts of ingredients.

Ultimately my work behind the drum kit brought me to Berlin to work with a German artist during her debut album release. And then with the scene being so healthy here, all the electronic / dance music output that had been lying dormant bubbled up to the surface again.

3. As the co-founder of Lemon Test could you explain the labels link to Berlin and how the city has shaped the label’s sound?

We are group of friends who run the label. I guess we all found our meandering way over here one way or another through a love of music… and that’s what brought us together. There’s a sense of sharing, discovery and openness within the music scene here that’s very intoxicating. And I think if it resonates with you, as it has strongly with me and the other Lemon Test guys then it’s hard not to take strong influence. But if in the question you ask about the labels sound, then I’d say diversity is what we ultimately strive for. It’s that ‘openness’ of the scene as I mentioned which might be crucial to that shared vision.

4. Your three tracks in the ‘In Transit EP’ have been collected over the past two years, would you walk us through each track and explain the creative process behind each?

I’ve been working in a fairly similar way on material for a couple of years now. There’s a strong focus on arrangement and editing of recorded elements in the final productions. I like to record drums and use different articulations of percussive sounds. And I enjoy using field recordings wherever possible.

At the beginning of the process and at the core of each track is very simple midi based groove which hopefully has a hook to it of some sort and a very simple chord progression. I felt with this release that it was important to lock any track around those two principles.

I’m sure this process may well change for future releases though and I’m interested in potentially diverting away from melodic elements into a more atonal soundscape in the future.

5. I’m very interested in your process while field recording, do you set out on a mission to record or is it more sporadic?

I record as much as I can. I very much subscribe to the ethos and approach that Matthew Herbert lays out in interviews I’ve read and heard from him. He talks about the importance of every source sound having some ownership from the artist. Maybe it’s just pure sentimentality, but I feel more connected the music I’m working on if I’ve recorded that sound and was there when it was first emitted. That’s important to me.

6. What would you say your top three essential bits of studio hardware you own are?

7. How was the EP release party with Opal Sunn at Anita Berber?

It was a great night that. And they played a wonderful set as always. Big thanks to them for that. We’ve now had 3 events in support of the releases over the past year and we’ve been lucky to have some brilliant artists play. I hope those who attend these events feel the sense of community that we have enjoyed. I’m very grateful to everyone who comes to party and celebrate with us – as always with the live side of things it’s the people that make the night right. It’s a lovely venue up there in Wedding as well – a brilliant sound system. Big thanks to Tom Clark up there who runs it and all the lovely staff there.

8. Could you tell us what’s in store for you and Lemon Test from now going into early 2019?

Moving in to the new year we have our next release planned for April. And then another over the summer. More official details will follow shortly – so please join us on our various online platforms to hear more. And of course please make it over to one of our events next year if you get the chance…

Guy Nicki ‘In Transit’ EP is out on Lemon Test on 16th November 2018. Buy from Beatport 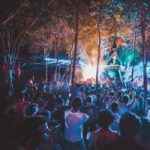 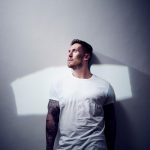