Italoboyz have become known for their individual take on electronic music with a fusion of abstract sounds design and stripped back grooves. With a strong following, they have performed DJ sets all over the world, and their music has been a feature of labels including Moon Harbour, Saved Records, Get Physical and their own Superfiction Recordings.

Following their recent releases on Crosstown Rebels and Davide Squillace’s This And That Lab we invited the Italoboyz to give us a rundown of the top five tracks that influenced their production style.

This track came out in in 2003 which was a period of time very “crucial” in our own musical journey, as it was just when we started our Italoboyz project.
This track is a little masterpiece, simple yet so effective. A classic guitar with very little added to the effect the instruments sound. It was a great example of how electronic music doesn’t necessarily need to be banging for it to engage people and make them want to dance.
Our new release on This And That Lab has a track called “Melodia di Sogni nel Vento” where we used these influences to make our own music with a similar vibe, as even though it has a very deep bassline it’s still a harmonic track.

Mark Ernestus got inspired by African music and decided to take sample original music from places like Congo and Senegal, which he then used as a foundation for his modern style of minimalistic electronic music, and his tracks have been a big influence for us.

Hidden somewhere in almost all our tracks there are little samples of aboriginal instruments coming from some remote country. If it’s sometimes hard to pick them out then that makes us happy as it means we were able to shape them properly and mix them well with a modern sound. In our new EP on This And That there are a few, and we hope you all enjoy trying to find them mixed amongst the other sound 

Well, not much to say here except Masters At Work are among the greatest when collaborating with musicians and making tracks that can easily become a dance floor sensation. They have worked with some of the best musicians around such as Tito Puente, George Benson, Roy Ayers, Fela Kuty and many more… they are just another level!

We haven’t yet collaborated with people as famous, but we have collaborated with some incredibly talented people and only work with musicians we really admire. We recently worked with Paolo Borghi who is a talented Hang player, and his excellent musicianship became the back bone of “Melodia di Sogni nel Vento”.

When we start making music we really didn’t have much gear at all, so in the early days we recorded sounds from some cheap and funny toys. The members of the Vienna Vegetable Orchestra were heroes to us, as all the sounds in their music are made using vegetables… every morning they select things from the fruit and vegetable market and they become the instruments for that nihttps://www.youtube.com/watch?v=-l1T2tiaVX4ght. How cool is that!

We could really relate to this makeshift style of recording unique organic sounds, and also like the light-hearted sense of humour that comes with it.

There are still a lot of recorded sounds in our music, and not just for grooves, but also for Hooks! This can be heard in nearly all our tracks, but in “Melodia di Sogni Nel Vento” there are several sounds complimenting Paolo Borghi’s hang sounds.

This track is something we made with Jens Zimmermann, one of the best electronic music producers around.

The voice and trumpet were recorded in London during a studio session with some musicians we meet at a jam session a few days before. That session was a disaster, the trumpet player showed up completely drunk, and during the recording session we were not on the same page.
I remember thinking at the time, even if the material we recorded was technically not great I had the feeling that something could be still used. So with the invaluable help of Jens, we’ve ended up with this track, that we personally consider one of our finest ever.

The track “Back to Paradise” on our new This And That Lab release was born of similar circumstances, as we recorded a guitar towards the end of a long session. At the very beginning we were not too happy with how things were going, but then some magic started to happen! Sometimes with this kind of music “less is more”, and this is one example of that statement being true.

You can stream the Italoboyz new release on Davide Squillace’s This And That Lab below, and pick up a copy of that release from HERE

Crosstown RebelsItaloboyzThis And That Lab 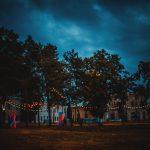 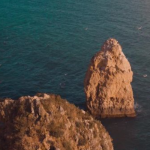