James Kumo’s KMusic plays host to material from artists like Dan Curtin, David Hausdorf and Oliver Deutschmann and now the label-head himself prepares his ‘Drifter’ EP for release on the imprint. With a career that spans over twenty years, Kumo has had releases on some of the finest underground labels including Delsin Records offshoot Ann Aimee, Metamorphic, Curle and Falkplatz amongst others.

You’re about to release your new EP ‘Drifter’ with a remix from New York’s DJ Spider on your KMusic label, could you tell us a bit about the vibe of the record for those yet to hear it?

Yeah sure, side A features the title track “Drifter”, which is a fairly thumping electronic house jam, alongside that is Spider’s remix, a brilliant dark n moody re-work, with his trade mark heavy bass lines and scatterings of muffled percussion. On the flip, there are a couple of other originals from me, “Evolution” which has a more synth driven house flavour to it and “Spectro Jazz” which has that UR vibe in it.

KMusic has been going for a while now with a slow but steady release schedule which seemingly focuses on quality over quantity, could you tell us a bit about the labels ethos and what made you launch your own platform?

I launched KMusic back in 2011, after I had a few releases out on other labels, the main objective of being able to manage and put out my own material, when I wanted and not have to rely on other peoples label programming, which can mean months and months of waiting around. Doing it your way you have total control of pretty much everything which is hard work, but very fulfilling.

You’ve released on Curle, Delsin’s Ann Aimee and Autoreply previously, a pretty telling sign of the quality of your output, what do you produce with and did it take some time making music and throwing away material before you felt comfortable sending your demos to such prestigious imprints or was it an instantaneous thing for you?

I like Native Instruments a lot, Maschine in particular, also Propellerhead Reason, & Apple Logic is a fav too. I like my synths, so have had various by Roland. Like anything, you need to learn the tools you’re working with, before you see tangible results. I found I focused on 2 or 3 and mastered them, you soon realise what works and what doesn’t work for you. Regarding sending my music out to labels, I only send them once i’m 100% comfortable with the end result, then its down to them. At the end of the day, music is so subjective so what you might think is great others may not, plus more often that not labels will have a very precise sound they’re after, general focus and direction they want for their label to head in. The key is not to feel disheartened and persevere in what you are doing.

Previous KMusic releases have featured remixes from the likes of Dan Curtin, Binny and Oliver Deutschmann, are these artists friends of yours within the industry or just artists you admire and wanted to have on board with the label?

In Dan’s case, I’d listened to his musical output since I was probably 17 or so, that’s like 26 years ago now, so to have the opportunity to work with Dan on my label, and his own Metamorphic label as well was a real treat for me.  So yeah, I’ve known Dan for around 9 years now. With Oliver, and Binny it was quite simple, I liked their previous releases and got in touch with them and worked on some tracks.

What or who would you cite as being heavy influences in your compositions? Whether that be an artist directly or the city you live in, or anything else?

Generally speaking I can’t help but have some people in mind when I’m producing, DJ’s, other producers/labels, also some clubs actually. I need to get in that mood, picturing the music being played out, loud. I don’t go out and think, “I’m going to make a track like one of [add producers name here]”, but I might make a track which I think a particular favourite DJ might like & would work for them in their sets, which would be much more fulfilling having someone you’ve followed the career of for many years and respect, who likes your material and plays your music out, that’s just great!

What’s next for James Kumo and KMusic?

Other than the Drifter EP, which is out on 12” vinyl only in early October. I’m always working on new material for KMusic and other labels. I also like to keep in touch with like minded producers who I like, and try and collaborate with, so watch this space.

Otherwise, on the DJ front, I’m really keen to get out there a bit more and play some cool venues soon. So feel free to drop me a line 😉 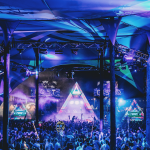 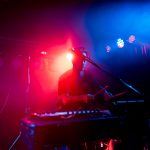