German Neo Progressive artist Beatmines has been putting out some stellar music and moving in to new circles this year. As progressive has become less of a dirty word in 2017, we thought it would be cool to feature nu breed artists who are making the sound their own.

Hi Pascal, tell us about you and you came up with the name Beatamines

Beatamines: Hi Mark, I’m 31 years and currently live in Magdeburg (1h away from Berlin). I’ve been producing since the beginning of 2008 and at the beginning I was a pure live act. I started DJing in 2010 and my artist name Beatamines was created when I set up my MySpace page. I love my beats to sound vital, so I created own word them. BEAT-AMINES like Vitamins 🙂

Beatamines: My roots lie in Hip Hop. I was a breakdancer for 10 years so breakbeats, funk and french house were at the beginning the genres that my made my shoes fidget. Besides the break dance music, I liked the Dream Dance compilations and have always been fond of progressive melodies.

Beatamines: I had my first Gig in Erfurt in 2009, which was also my first real techno experience as a live act. I was totally excited and I felt unreal to see my name on a flyer. Thank God everything went according to plan and it was followed by the next gigs after the party.

Beatamines: I’ve been working with recording, mixing and mastering right from the start. This was a lot of new input for me. But the result after hours on the computer has made me endlessly happy. It is still an exciting world for me to immerse myself in. Music on, world off 🙂

Beatamines: I’m A&R at Luxembourg based label Lauter Unfug so my last release “Osiris EP” was made there. It includes 2 powerful remixes by “Township Rebellion” and Label Buddy “Riven”. I got the inspiration at my gigs in Berlin (Watergate, Birgit & Beer). I try to take emotions from the night into my studio or I remember the Vibe. The tracks turned out quite well.

You mentioned you’re heading up A&R for Lauter Unfug. Which release are you most proud of curating so far?

Beatamines: I’m super happy to be a part of Lauter Unfug. As a label manager and artist I am very cared for. I don’t want to highlight a single release because every release is important to us. I’m proud of the steady growth of the label. We’ve reached a lot of people in 2017 and are getting more and more attention.

Beatamines: In Magdeburg the club scene is very manageable. There are small but fine clubs like the Epic in the middle of the city. There you can generate a very good vibe with only 50 people. I try to play once in the quarter in my hood.

Beatamines: What a mean Question 😀 There are so many damn good producers out there. But some of my Hero’s are: Vitalic, Maceo Plex, Tim Engelhardt, Cirez D, Solomun…

Beatamines: 2 x Cdj’s, Teenage engineering OP-32 tonic, Korg Kaospad 2s mini and from Novation the Circuit. For me it is too boring to mix only 2 tracks together. I sometimes like to add an extra clap, hi hats or synth.

Beatamines: As an artist I am especially proud to have made the “Groove Symphony” project. I had the honor to reinterpret with a 100-man orchestral “The Planets from Gustav Holst”.

Beatamines: Currently there is a joint EP with Mattia Pompeo and Matchy & Bott in the starting holes. Our “Hunted Riffs EP” will be released at the end of September on my label Ahoi Audio. My Disco Acid Remix for Riven also appears in September, on the Parisian label “Time Has Changed”. I made a remix for Matchy&Bott for the legendary Label from berlin Bar 25. Also there is an new EP in October on Lauter Unfug with remixes from Betoko and Umami. Winter I start the work for my third studio longplayer so stay tuned. 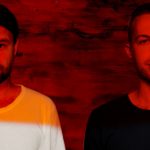 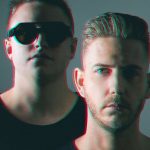