Jimmy Van M takes a look back at the golden era of dance music in Florida plus tells us why he’s happy in Beirut.

C-U: can you tell our readers more about the early movement in Florida. What were the big nights? Who were the leaders?

Jimmy Van M: back in Florida, the scene was moving in parallel with the one in the UK at the time. The dance scene was obvious in Orlando, although maybe a bit on the darker, more gothic side. Then, seemingly out of nowhere at the time, something vibrantly thrilling emerged out of the Beacham Theater (also known as Aahz), the main club downtown. Of course, it did not magically start like I felt at the time, and looking back today, you can trace back all the elements that helped spark what I truly feel changed the world, in one way or another. The main promotion ground back then was run by Kimball Collins, Dave Cannalte and Stave Bass. They were responsible for bringing the main acts from UK.

C-U: throughout the 90’s and beyond you were instrumental in introducing an array of DJs and artist to the USA. In fact, you were one of the pioneers in the whole American Electronic Dance Music movement. For example: you were one of the men behind the Delta Heavy tour, which was the launch pad for Sasha & Digweed’s career in the states. Can you explain a little bit about it? Where did the idea come from? Tell us why it was so ground breaking.

Jimmy Van M: over the years, I’ve played and organized plenty of events in many parts of the US. For artists back then, it was all about the party, the after party, and silly things like getting paid in cash and forgetting it in the venue’s bathroom.

People came from far away places, and the love for the music was very palpable. Several big moments and eras led up to the Delta Heavy Tour, starting with Land of Milk and Honey in Toronto, which brought in over 10 thousand people, going bonkers and losing themselves in the 12-hour ride as Sasha and John Digweed took photos with Wesley Snipes in the DJ booth. After that, there was Twilo starting 1996, one of the best clubs I have ever seen. It set the standard for quality DJs and surreal sound (Phazon).

In 2001, Twilo closed down and that’s when the Delta Heavy Tour with Sasha and John Digweed kicked off. It was 45 days on the road, in a convoy of tour buses and huge trucks filled with production equipment. It was the first time anything on that scale was done in the US, and other DJs like Paul Oakenfold and Tiesto also put in a lot of time touring around the country, pushing a more commercial sound and all those factors snowballed into the American Electronic Dance Music movement which is still growing today. Of course, the opening of Soundfactory in San Francisco, Limelight and the Def Mix crew in New York, as well as the legendary Chicago House movement, were all also elements in setting this electronic dance music chain of events in motion. But, I guess there are other people more qualified to talk about that than me.

C-U: how does the scene compare now to back then?

Jimmy Van M: I was lucky enough to be part of the dance scene in its early days. Going to a club night back then was something that can hardly be described, but rather only understood through direct experience. It was as if a massive magnet diverted the direction of our lives so that we were all suddenly traveling the same direction, affected deeply by unseen waves, as personal and powerful as gravity. For many of us, that course still holds. Friendships formed and developed there maintain that sense of mutual magic, even decades distant. There was the music, of course. Both the recognized and the obscure, always mixed together, perpetually reshaped and re-presented; the unexpected familiarity and the shocking, pleasant surprises; there were the soft explosions of musical ideas; the lights pirouetting against the fog, the people, apparitions dancing through space. The feeling that we were all together, each week, there to hear where it might unexpectedly go next, and to go with it. To participate in a global musical phenomenon in its early stages is among the luckiest things that can happen to a human being. There was the sensation that we had traveled together to many places, and that we would travel even further, enjoying the beautiful and the strange in unison as we went. It was recognized by many as the beginning of a vital phenomenon that transformed the artistic landscape for decades to come.

Today that same spirit can still be felt. There is, of course, always the group dynamic, which is very special, but it is also up to the individual. Each person has a very personal relationship to the music, and each person can be transported with it, and by it. Everywhere I go I see people discovering this music for the first time and it’s beautiful to witness and take part in. I feel very lucky. I cherish my early experiences, of course, but I am also still able to cherish the early experiences of others. It’s part of what makes this experience so enduring, and gives it that magic allure.

C-U: you seem to have lived almost everywhere. Where is your home base right now? What new stuff do you have in the works?

Jimmy Van M: yes, I have moved around a lot in my life. After Belgium and the US, I moved to Spain, Germany and Argentina for a few years, where I met Ulises (Luxor T). Uli and I have become good friends and we produce together on all the projects. He has rich musical background and has a band which adds a lot to our music making experience. At the moment, my home base Beirut, Lebanon. I´m staying with 3LIAS here and we share a studio. 3LIAS booked me for a gig in Beirut a few months ago for an event the we played BO18 the next night. The crowd reaction was positive and after spending some time together in the studio, we immediately became good friends and realized we had a very good vibe going back and forth between us. So, I decided to move to Beirut and begin my next project in Lebanon, out of all places!

I love Beirut and its crowd because of the escapist feeling you have at the parties. I guess it was similar to the feeling I have in Argentina. Crowds in Beirut make any artist enjoy the night doubly, after all, people here have a reason to party, and they do it ever so passionately, like those early days back in Orlando and Gent. It’s also rising on the club scene, becoming a top destination in the Middle East, especially during summer when the city is bustling with glitzy, glamorous rooftop parties, coupled with days long festivals in nature, and industrial warehouse venues transformed into underground electronic music destinations. Luxor T just played BO18 for the first time and rocked the room, was cool to have him connect with the stories of B018.

3LIAS comes from a long line of artists and has been a resident at the iconic B018 since 2006, where I currently hold a residency as well. B018 is the architecturally striking club that’s built underground to resemble a bomb shelter, on a plot of land that had seen some of the worst fighting in Lebanon’s Civil War from 1975 to 1990. It has a retractable roof that reflects the nearby highway traffic, allowing people to party from 2:00AM till well into the morning hours. When everyone else is going to work and school, the party keeps going at B018, which has become a timeless landmark to how a place could be brought back to life and transformed from something painful, into something hopeful.

After setting up base in Lebanon with 3LIAS, I invited Luxor T from Argentina to come visit for a few months, and the three of us have been working on several EPs. Our collaborations is smooth, we all click well and our tastes overlap well and the direction each of us has for the music. Each person’s input blends and meshes with the others’, making the music a lot better in my opinion.

As for the impact on my music, 3LIAS and I have already released a remix of Marshall White’s Tempus Fudgit on Asia music, and we have an upcoming EP, “DA GOOM” being released on Dave Seaman’s Selador label soon. Apart from that, we’re working on 4 summer tracks with famous Lebanese singer Aline Lahoud and Luxor T from Argentina. Apart from all these very exciting collabs, I’m also cooking up two originals at the moment.

C-U: you spent quite a bit of time in Argentina and were playing on a weekly basis. We notice you did quite a few collabs whilst you were there. Do you have any plans to go back?

Jimmy Van M: true, and perhaps the most significant collab was with Luxor T, who has joined 3LIAS and me in Lebanon now. So, you could say I brought my Argentina collab to Lebanon, instead of going back to Argentina. For now, we’re focusing on doing amazing stuff together in Beirut, and the plan is to eventually travel hit Berlin to showcase our new work there. I love Argentina, for me it always will be my home and look forward to going back there this Summer for a few months.

C-U: which artists are you digging at the moment?

Jimmy Van M: here are some in no particular order…

C-U: what labels are you following?

Jimmy Van M: like the artist there are so many to choose from, here are a few labels

Thanks for taking to us Jimmy and all the best for the rest of the year and beyond.

Pleasure speaking with you, it´s been a fantastic year creatively so far! 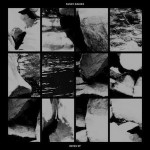 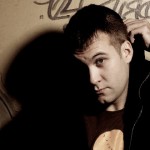