Dutch underground aficionado Joris Voorn is back with another new track this summer, the five-minute melodic odyssey, ‘Dark’ out on his label Spectrum. The single arrives on the back of his most recent releases including ‘Ryo’, dedicated to his son, and ‘Antigone’, inspired by the Greek tragedy.

‘Dark’ is reminiscent of Joris’ signature sound packed with moody string arrangements laid over an emotive arpeggio. Much like ‘Ryo’, ‘Dark’ was an unreleased track he’d been playing previously that he took to the studio to refresh with added percussive elements and a steady bassline.

On the track, Joris said: “Dark is a rework of an unreleased track I used to play a couple years back. This track had something nice but wasn’t quite there, so I started playing around with some different musical elements. This is where the arpeggio came in, following an emotional chord progression, accompanied by a moody string arrangement which turned the original idea of the track completely upside down. All it took was some extra percussion and a solid baseline foundation to finish the almost 9-minute long musical journey. I’ve played the track on numerous occasions around the world for the last 3 years, where it always gave people a smile on their face.”

Joris is busy amidst a back-to-back summer schedule at festivals and parties like Creamfields, Drumcode, Resistance, Elrow and ADE, among others. He’ll also embark on a handful of plays across North America, those dates are below. 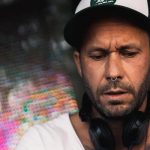 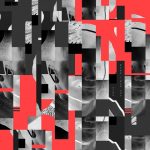