​We speak to the man of the moment, Drumcode’s Layton Giordani.

You grew in up in NYC and managed to sneak in to Pacha at 15. Age restrictions in the US are a lot stricter than in the UK. How did you manage to blag security and become a regular in the US club scene at such a young age?

Layton Giordani: they used to actually do a lot of events for teens at Pacha in New York, and I ended up DJ’ing at a lot of them. I became cool with the people there and also had the classic fake ID scenario sorted like everyone else at the time.

Your break through moment came via Sasha Carassi’s Phobiq records with your release Careless Suggestions. You later went on to release on Jon Rundell and Carl Cox’s Intec and then ended up catching the ear of Adam Beyer? How did you go about doing that?

Layton Giordani: I had a mutual friend who knew Adam and when I was at an event he was playing, I gave him a USB with a few tracks I had been working on. He then later played some of them out at Awakenings Festival and from there, we exchanged emails and our friendship started to form.

You’ve had a string of releases on Drumcode and recently celebrated your first album on the label which is a huge achievement.Where did you draw influences from? And what were you trying to say with it?

Layton Giordani: the album was a really big project for me which, was done over a long period of time. Influences came from daily life, my mood at the time of production, as well as travelling – I think that really helped me learn more about the world, and see so much more of what’s going on out there. However, there were also times, when I just went into the studio and started a track from scratch, and it flowed from there.

What’s it like now being part of the Drumcode family? Bart Skils told me he felt techno had become a worldwide movement? It seems Drumcode is becoming that way too.

Layton Giordani: well, Drumcode is family – you are right there. Some of the team really helped me more than ever, and that goes further than just music and my career. Drumcode has also really become a worldwide movement. Everywhere you are nowadays, people have flags, hats and t-shirts! It’s an amazing thing to be able to see how far techno has come.

You’re playing Off Week at Fact Club Barcelona and are on the same line-up as Adam plus you will play Awakenings festival, which is always a huge gig, no matter what time you play. Has your ascent to the big time finally kicked in yet? Or are you taking things in your stride?

Layton Giordani: I am so excited for both! I was kind of thrown into the fire at first. I was a bit nervous playing alongside such big acts to begin with, having to worry about “keeping up” with them, but I realized it’s not about that at all. Nowadays, I am really settled and in turn I began to loosen up and open up as a DJ. There’s nothing better than that feeling you get during your first few minutes when you hop up on stage and start your journey.

We heard you’re playing Manchester this July and you recently performed in Liverpool. How do you find UK crowds in comparison to clubs in Europe and the US?

Layton Giordani: really amazing crowds! I have noticed around the world everyone has kind of their own little chants they shout out, which is quite funny. UK people are nuts and I love it. I get along with their sense of humor too! As for a comparison, that’s a hard one, as clubs are so different all over the world. The UK has an amazing festival scene too, and of course the license means a lot of venues are open much later. The US market is still growing in many ways, but we are really catching up now, with the later license in California just coming into place, and fans really starting to learn more about every genre out there thanks to many of the clubs and festivals bringing in the best talents.

C-U is a site that’s all about showcasing new talent. Which new producers do you think have the potential to do bigger things?

Layton Giordani: hmmmm, I have a bunch of guys I really look forward to listening to when they send me demos. I get tons, so bare with me as I sadly can’t remember every artist and track in my inbox, but off the top of my head right now, I would have to say Weska, Kevin De Vries and Konrad.

Are you a Drumcode only artist these days?

Layton Giordini: yes, I would say that I have formed a tight relationship with the label and the team, so I really can’t picture myself going somewhere else.

Besides Drumcode, which are your go to labels right now?

Layton Giordani: to be completely honest, I am not really a label stickler. I like to find music from crate digging on Beatport or wherever else. I think once you concentrate on only one label, then you are forced into a smaller bracket of music. I like a wide variety, just depends on where I am playing and how I think I can incorporate the tracks into my sets.

Which track are you most proud of and why?

Layton Giordani: I am so proud of almost all my work. It’s like a memory of where I was at that moment, or what step my production level was. It kind of shows the evolution and growth as a producer and person at the same time. They all tell their own story too. So to answer your question, I am happy and proud of them all in their own unique way.

If you could give some advice to people who would love to be in your shoes, what would it be?

Layton Giordani: I am extremely grateful and lucky to be where I am at this given age. My best advice is to never stop what you love and always push the boundaries. Always send your music and share it with DJ’s. Networking is a huge must, I don’t mean just emailing people, because everyone can do that, and a lot of it is just spam. It gets lost, and never listened to. Once you have that personal connection with people, and they know your face that’s what counts. Meeting people is just the start, be kind, humble and generous. Don’t hide mehind a computer, no matter how easy it is.

Also, remember everyone has something to offer on this earth, so don’t sell yourself cheap. Its ok to hold out for what you want in good measures. I have seen so many amazing producers who just whored themselves out and over saturate the market. Have focus on what you want, where you want to go.

Really I am sure you hear this stuff all the time, but be yourself. It’s says a lot about you as a person and if you are musically destined then it will happen, but you can’t give up. Rejection is real, and you need to stay optimistic. Sooner or later good things will start to happen and then it can snowball from there. Take it from the 24-year-old New Yorker who came from nothing!

You were working for 2 years on your album. So I’m assuming you created a lot of tracks that didn’t make it in to the final cut? Which other new releases do you have in store and how can fans stay in touch?

Layton Giordani: Ha yes! So much music that never made it on the album, but of course this is normal for anyone spending time on such a large project. I have something new coming on Drumcode in the next few months though,it’s a very special collab with someone I have been the biggest fan of since my teenage years! 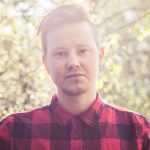 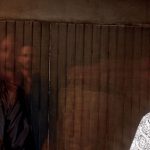