A deep and hypnotic techno tune with subtle melodics and a touch of industrial.  Right up our alley.  This one came out recently and very quickly made its way on to our most recent mix.

One of our favorite remixes of 2016 as well as a favorite release on Life and Death.  Dj Tennis with a great musical original and Roman Flugel doing what he does best.  Completely reworking the groove and melodies into a mystical exotica techno record.  Considering we love almost everything Roman Flugel puts out, this one is one of his standout remixes of all times.

This one just got a recent release on the new Afterlife compilation.  Don’t know too much about this artist yet, but this track is deep elegant techno at its finest.  Driven by a huge detuned sawtooth and greatly executed syncopated synths, its the top melody that really puts this one over the top and lets you drift off into the future.

This track just makes people want to dance.  Perfectly executed party techno track that gets people moving whenever we play it.  The production has a very unique underground feel to it and the groove and synths nail that quest for that perfectly simple techno track.

This one hasn’t left the record box since we first got it a few years back.  There is just something special about this simple techno groove combined with that vocal.  Perfect duality.  As the lyrics say, “Aint no happiness, Aint no sadness”.

Every so often, after a studio session, we’ll head to the backyard/garage to hang out and relax for a bit, check out the stars, you know. This is definitely the type of track you’d expect on a night like that.

Both artists on this record have influenced us multiple times over the past decade, and this is one that can make an appearance in almost any situation and have a dramatic impact. Unapologetic synth line and epic vocals FTW.

Great to hear something new from J.O. The beauty in this one is in its simplicity. This one will definitely stick around for years to come.

3 amazing artists collide head first on this record, deep and haunting, both dance floor ready and a great cut to listen to while spacing out driving down the highway.

This one is actually our latest release, out now via Belgian imprint, Sound Avenue. The original is such a wondrous and polyrhythmic house tune, so we did the opposite and flipped it into a straight up techno groove. Why not, right?

Speaking In Tongues has a new remix out now on Sound Avenue, you can purchase the release: here 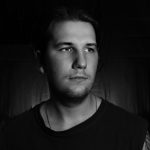 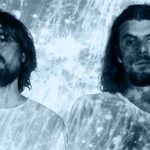