New on Davide Squillace’s label This And That Lab is an EP from Matteo Spedicati who recently dropped an EP on Hot Creations in collaboration with Frank Storm.

Matteo Spedicati has also collaborated with the likes of Joseph Capriati and Mendo, but his solo material released via imprints such as Amam is also highly sought after, and the EP on This And That Lab is one such solo outing.

On the EP titled “Prelude To A Makeout” there are two original tracks, and here at Change Underground we have been lucky enough to exclusively premiere the title track from the release, which also features a remix Althoff who reworks the second track “Olvidar Eliza”.

“Prelude To A Makeout” has a great acid bassline and some melodic synth work combined with stripped back percussion that all combine into a tripped out cut of deep techno. 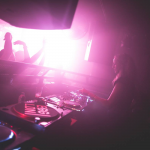 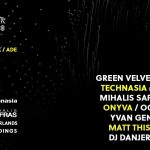