Bee Dub grabs some time with one of Chicago’s best up and coming talents, Nick Stoynoff. 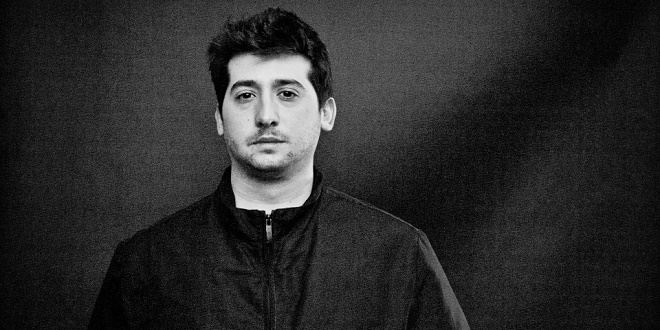 Greetings Nick, thanks for the opportunity to chat. Could you start by telling us a bit about where you’re from and what brought you to electronic music?

Thanks very much for the interview and for having me!  I’m from Chicago. I wasn’t necessarily immersed into anything musical until about the 8th grade. Eventually, like most fans of electronic music, I stumbled into it. Thanks to a good friend, Sam Padrul, I was given a proper musical introduction to everything electronic.

Your productions have been gaining a lot of respect in the international community, how does it feel to garner support from such respected artists? Who is it that you’d like to work with someday in regards to production?

It feels great to be respected by your peers but more importantly to feel like you can still write music for yourself while making others happy. In regards to a collaborative project, my dream is to work with someone like Henry Saiz, Charlie May, and or Omid 16b. These guys are brilliant on every level and have amazing sensibility as musicians.

How long have you been producing music and did you have an ‘Aw Ha’ moment that pushed you down this path?

I have been producing for about 5-6 years now with the ‘Aw-Ha’ moment happening roughly 1.5 years ago. I think this applies to any creative person; eventually you condition yourself through patient development and ultimately are able to shift your mindset from ‘nervous’ & ‘uncertain’ to ‘confident’ and ‘in control’ ; that was and still is the ‘Aw Ha’ moment, in my opinion.

Tell us about some of the current releases you’ve had out in addition, plus any new material you have coming out?

Currently out is my remix of Kobana’s ‘Barsoom’ on Proton Music. I also have released a few records with Omid 16b’s label, Alola, recently and have begun putting final touches on some remixes! At the moment, most of my time is being dedicated towards developing my live set and finishing my first album 🙂

Speaking about the album, is this your first one? Also, why did you felt obligated to do an album as opposed to a series of separate releases?

Yes, this will be the first one. I feel obligated to share something very personal and also something that is diverse in terms of my influences. This album, for me, is a fresh start/new beginning. My hope is that it it will prove to be different and unlike most of my aforementioned work.

Emotional and Lo-Fi 🙂 However, the most important thing is to communicate an honest representation of who I am as an ‘artist’. I think writing something ‘predictable, would lessen the value of what I am after. To me, its more about showcasing my various ‘sides’ and providing a journey across several genres.

Is there a message or story you’re trying to tell through your Album?

Not necessarily. I think the main idea is to share a personal piece of work that ultimately communicates my influences. But I am interested in delivering a non-dance related album; more about the progression and songwriting. Not necessarily how well something would work on the dancefloor.

You recently played alongside Henry Saiz here in Chicago, you’re also playing July 3rd alongside Hernan Cattaneo and Nick Warren. What other gigs do you have planned? It seems you prefer quality to quantity in regards to DJ’ing? Do you take the same approach in regards to producing?

Yeah, some exciting shows coming up, including opening for Pole Folder in August. Also, working on a few out of town dates (all stateside).

With regards to gigs, the former is always prefered . A large portion of it has to deal with my willingness and also the willingness of promoters. Ideally, the world I want to work in is one that recognizes me for my music and talents. I am not a big proponent of gimmicks and cheap promotion tactics. However pervasive that particular issue may be, it’s more important to stay focused and never take those ‘deficiencies’ in the scene as something personal. Going forward, my goal is to demonstrate to others that you can succeed without being overly cynical, jaded, most importantly without sacrificing ones integrity.

With regards to producing, I made a lot of mistakes early on. The biggest of them was releasing material that I inherently knew could have been better and or that I should have spent more time on. That notwithstanding, I am fairly selective about what sees the light of day 🙂

It seems you’re working on your own unique live show, is it similar to Saiz? Describe what the setup might be and why it’s important to not remain limited to a mixer and decks?

Yeah, the live show will likely always be a work in progress. However, I do have a fairly basic setup running; Ableton 9, Midi Controller, and Outboard FX/Rack Synth. The most exciting aspect of all of this is the opportunity to strictly play my own material, self contained in its own journey, and also to have the chance to debut a lot of material. With regards to whether or not it’s better is probably dependent on the audience and material in question. Ultimately it’s the performance and the material that dictates quality, not necessarily how ‘much’ you’re doing on stage.

What are your thoughts and feelings on the Chicago House music scene?

Honestly, it’s great… probably one of the healthiest scenes in country. We have so many options and venues for every genre/scene that artist’s can feel like that their music has a place. Subsequently, having options helps maintain a sense of diversity and ‘freshness’, otherwise we would fall flat.

Does America have hope for a real progressive scene? It seems like some other international countries (Argentina, Parts of Europe, Israel, etc.) are years ahead. Do you feel obligated to help share the ‘progressive spirit’ with the American community?

Yes and no. I think America needs to start working on keeping the progressive scene alive instead of letting it take off to other countries. Artists see the opportunity and value of leaving for better markets abroad but fail to realize that their contributions could help strengthen our scene. My goal is to not accept the aforementioned, rather work double time to help and revitalize the scene stateside… if that means carrying the prog flag in Chicago, I am more than happy to go for it:)

What is your wisdom to aspiring producers? What’s the best piece of advice you’ve been given?

Be honest with yourself and stay positive, ultimately that is what this boils down to.

Tell us about your studio and what it encompasses? Are you analog or digital? Also, what piece of gear or software do you use that you couldn’t live without?

Mostly in the box running through a UAD Apollo, Dynaudio BM5A, and some outboard gear including a a-2300s Teac Tape Machine. I love the UAD plugs, superb emulations and well designed, Fabfilter is also high on my list. I could never live without my custom built ‘glo fi’ plugin chain:)

Give us your best production tip? What is something that you feel every producer should know?

Develop an intimate knowledge of your monitoring system, make music for yourself and keep the hope alive 🙂 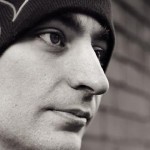 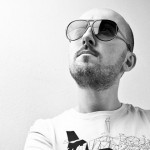