Oliver Deutschmann is too many fans of techno a name associated with both quality and consistency, and his latest remix for French label A-TRACTION records is no exception.

The label has previously enlisted remixes from people of equal stature such as DJ Hell, but this latest remix from Oliver Deutschmann is perhaps the imprints best rework contribution to date.

Previously labels such as Second State, Mote-Evolver, Hotflush and Soma have all featured the works of Oliver, and his talents have even been called upon by Dixon and Âme who asked him to do a remix for their Innervisons.

David Asko has provided the original tracks for the new A-TRACTION records EP titled “Addiction EP” and it’s the title track “69000” that’s had the remix treatment.

Using much of the originals main elements it’s the bassline which is made one of the most prominent features in the hardened remix, solidified with a thumping new kick drum. With a thick set sound, this chunked up remix keeps the original’s vibe, whilst the remix maestro flexes his muscular production style that’s both strong and intense.

You can purchase a copy after its release on the 26th of November from HERE. 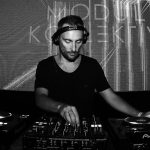 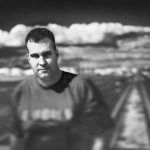