JP Lantieri is a french artist who has a rich history of releases on many labels including Flemcy Music and Clinique Recordings.

Starting 2020 with a release on Lost Crate, he debuts on the label with a solo EP including two of his original tracks plus remixes from MustacheMan, Ornery and Tomas White. From the release, we have premiered the track “Black & White” and caught up with JP Lantieri to find out more about the EP…

Hi Jean-Pierre, can you start by telling us about yourself, and how you first got into electronic music?

Hi CU. Oh, it’s a long story. It started with my mum who used to play some Chopin or Liszt on the family piano and me being impressed by her fingers flying on the keys and by the music which came out of it. I’ve never been a good piano player, but I’ve always had music playing in my head, like an internal radio. And more often than not this music in my head does not exist and is an imaginary construction.

I then tried to figure out how these musical ideas could become reality, so I bought my first computer, software and hardware, at a time where the related technologies were still primitive. And my music grew with all that technology which nowadays offer incredible ways to create meaningful music with simple equipment.

Could you talk us through your new track “Black & White”, and the EP that it features on?

Yes, sure, “Black & White” is one of the two originals I created for this “Monochrome” EP. These two tracks lie somewhere between Progressive and Techno, even with some acid in the other track, “Monochrome”.

When I started to pitch these 2 tracks to labels, I showed it to my friend Ornery, and his reaction was quite immediate: “I love it, do you want to release it on Lost Crate?”. And voila, it’s being released on Lost Crate, accompanied with three excellent remixes by Mustacheman, Tomas White and Ornery himself.

How did you meet the team behind Lost Crate who are releasing your new EP, and is this your first release for the imprint?

As you know now, Lost Crate is the label of Ornery, a great artist and friend, whom I’ve known for almost five years and who has had several releases on my own label Flemcy Music. In fact, his very first release was on Flemcy Music after he passed his demo USB stick during ADE to me, and I’m quite impressed to see how far he has progressed since then.

I already had one track, “Pacifica”, released on Lost Crate as part of an album. But this new one, the “Monochrome” EP, is the first full JP Lantieri release on Lost Crate (and I hope not last!).

I’ve released many tracks on my own label Flemcy Music, of course, and I have also released on Arviebeats, Black Hole / Magic Island Deep, Captum Records, Clinique Recordings, Darkest Before Dawn, Deep Motion, Egothermia, In You Records, Leap4frog, Lost Crate, Poolside, Right Recordings, Stellar Fountain, Suffused Music, Suro, Totum Music, Transpecta, Universal Music Emotion… I can say that I do have a catalogue!

Proudest moment? There have been quite a few… I would say that when monsters like Robert Babicz or Stan Kolev accepted to remix one of my tracks, I was quite proud.

All the DJ/producers whose music I play in my sets and mixes inspire me, I would not be able to pinpoint one specifically. There is so much talent out there!

What’s next in your schedule after the Lost Crate release hits stores ​on the 24th of January?

Just after the release of this “Monochrone” EP on Lost Crate, I have another one consisting of three originals of mine, that will be coming out on 3rd February on Stellar Fountain label. And we are currently working, together with Ornery, on the third EP of our trilogy, that will be released within a few months on Flemcy Music.

Ya, that after having lived in many countries in the world, especially in sunny South-East Asia, I recently relocated to Berlin because I feel – and I know – that my music and the music scene here match. Berlin gives me a boost in my creation and in my production that no other city in the world can. I believe that the environment in which people live is an important factor in the pursuit of their dream. Now, I will be very happy if some of your readers discover me and my music! 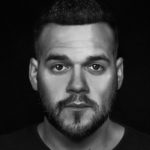 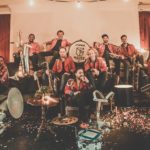