Maxim Lany was one of the breakout artists of 2019 with his track “Renaissance” getting more than 100K plays on Spotify.

Along with the premiere of Maxim’s new track on Armada Music, we also asked him what was his defining moment of 2019, and what influence has it had on his career leading into 2020?

Maxim Lany: There definitely was a key moment for me this year:.. at the end of the summer I had my very first appearance at the legendary Pukkelpop Festival in Belgium. This festival has a strong reputation with more than twenty editions already. I had the honour of playing the infamous Boiler Room where they program dance music and DJs from all over the world. That day I played before Fisher and Camelphat in front of almost ten thousand people so the pressure was real. For that special occasion we created a show with visuals, and synched it with the unique laser show they created at the festival (the festival broke the world record of combining more than 300 lasers all at once!) This was a first time for me to have my own visual show put together like that.
It was also the unofficial closing of the huge summer I had this year, it gave me the chance to showcase all of the music I’d put out this year, plus a lot of upcoming remixes and original tracks to be released, including my track “Coming” that you premiered.

You can pick up a copy of Maxim Lany’s new release on Armada Music from HERE. 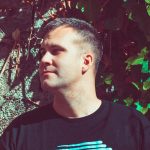 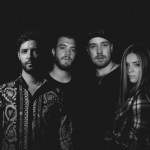