Riva Starr is back on his label Snatch! Records with his first solo EP of the year.

The Snatch! Records label boss has been an influential producer also working with other imprints such as Relief, Truesoul, Crosstown Rebels and DIRTYBIRD.

Along with many solo productions he has also collaborated with other artists ranging from Green Velvet to Mark Broom.

Originally from Italy but now living in the UK, Riva Starr is a popular DJ often flying round the world to play headline gigs in some of the world’s best clubs.

The three tracks on this new release are in the uptempo style of party house that he is famed for, and one of the cuts also features the vocal work of Chicago-based singer Dajae.

Here at CU we have been honoured with an exclusive first play of the title track “Feel It” which has vocal phrases, chunky percussion and spine-tingling synth work that bursts forth.

Peak time and perfect for the club you can pick up a copy from HERE. 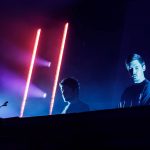 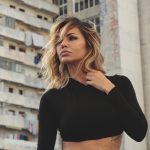