We caught up with Danny Rampling, founder of London’s legendary Shoom, ahead of his appearance at the first ever Next Step Forward Festival this weekend, created by Mr. C.

Hi Danny, thanks for speaking with us today! How are you and how has 2018 been treating you?

Very well thank you! A great summer featuring lots of festivals and many UK dates, the year appears to be flying by again.

For those that might not be aware, your infamous night Shoom quickly became a key party and club night for the UK acid house movement immediately following its launch in December 1987. We’ve read in multiple interviews that a trip to Ibiza with Paul Oakenfold and a subsequent visit to Amnesia was the main inspiration for the party – can you tell us a little more about exactly where it started and the early years? Carl Cox played the opening night – how did that come about and who else was in attendance?

I had met Carl at Ziggy’s, Paul Oakenfold’s project night in Streatham London, and was amazed by Carl’s DJ skills and therefore asked Carl to play. He also had a sound system which he brought along. I wish I had some photos of that night. I can remember Carl giving me sound advice with respect to BPM mixing at that time, there were no BPM counters on DJ equipment and sync buttons, just Technics 1200 turntables and a mixer and a box or two of the vinyl 12’s . Carl’s encouragement with getting two records in BPM sync helped me greatly.

Who attended? About 150 people as the scene hadn’t really taken off at that time on a grand scale, and Carl was breaking through as a DJ, many of us were and we’d got our opportunity to become figure heads at the forefront shaping a musical movement.

By the time the night had stopped, the scene had changed quite drastically and there had been a shift to slight darker activities amongst event owners and promoters. Were these the primary factors that helped you make the decision?

Looking back we stopped Shoom as the scene was deteriorating. Too many people had let themselves go and energy levels and enthusiasm were changing, coupled with the criminality of the large rave scene brought about change. The rave scene in many instances had become a magnet for people who were both late to the party and didn’t appreciate and understand the values. They were making huge amounts of money through criminality and much of that scene got very heavy which therefore led to the Criminal Justice bill introduced.

We were not part of the large rave scene and decided to go into a new direction and take a break and at the start of 1990 and open Pure Sexy, which was all about dressing up and looking and feeling good less excess more style individuality and sexiness.

You celebrated the 30th anniversary last December with a special one off event at London’s Bankside Vaults with a mix of both old friends including Tony Humphries and Bushwacka! as well as emerging talents Cici and Josh Caffe. First of all, how was it? And can you give us three artists to keep an eye on in the months ahead?

Shoom 30 last December was a great night we brought in two Virtual reality zones which people loved the atmosphere was as always welcoming friendly colourful and fun.

Tony Humphries played his first UK date at Shoom back when it all began and the love for Tony has always continued he played a great set too. Bushwhacker and Farley & Heller also rocked the house alongside the new talent and Shoom in the present form is about pushing new wave artists and new music combined with the heritage and spirit of Acid House and unity on the dancefloor. We had a broad age group from 18 to 60’s which is the spirit of the party and Shoom.

1) Analog Kitchen from Holland, who played with us at our recent party at Paradiso with a live set up machines. He has relentless soundscape energy like Carl Cox has, resulting in a pounding big sounds and combination of Techno and Acid.

2) ILONA who has produced her first album, every track is a floor filler. She is also developing her live set to tour and is set for great things ahead.

3) Elias – A young Techno DJ/producer and promoter that I met few years ago, hailing from Switzerland. He released on the last Space Ibiza cd compilation and is definitely one to watch.

You also took Shoom to Paradiso in Amsterdam last month – is this something we can expect more of moving forward?

Most certainly, there’s a Shoom compilation in production, plans to tour in 2019 and a special London date for springtime.

30 years on from the 2nd Summer of Love, you now join Mr. C back in London for the first ever ‘Next Step Forward Festival’, which will see three of London’s newest venues The Cause, Grow and FOLD all host a variety of collectives and showcases across 30 hours. Does it feel special to be celebrating 30 Years of Acid Culture back in London and what are you most looking forward to?

Richard always presents quality music and artists. The festival will be showcasing pioneering established artists along with the new wave of artists, and in doing so, presenting new music alongside the original and classic Techno, House and Acid sounds in new cutting edge, cool London underground venues. I’m looking forward to playing at The Cause Saturday night.

Richard has a strong and focused vision to create an urban festival which will develop into a remarkable annual event, and all the artists playing are supporting the launch this weekend with a lot of commitment, promo and reduced fees as contributing collectively.

The concept is different to many of London’s other festivals, utilising three great new venues across 30 hours and allowing visitors the option of coming to enjoy the party by day, by night or for the full event from start to finish and onto the after-hours. As a punter, which option would you be going for?

I’d go the full 30 hours, or choose whatever hours are suitable to ones work and lifestyle.

What’s your take on new spaces such as The Cause that are emerging across London, and do you feel that todays music landscape still offers the ability to foster and create and inspire legendary nights such as Shoom?

Central London has been squeezing night clubs out with both council noise restrictions policies and also developers who have little respect for London’s night time economy but only their own profitable development businesses. This in turn has led to creatives in London seeking other outer zones for nightlife and venues across the capital. On a positive note, it’s great that new underground clubs are opening and new areas emerge, which the introduction of the night tube has contributed to, and the introduction of less expensive business rate rents and measures from certain boroughs to support the night time economy and night life in turn creates enterprise and work.

London nightlife has been reshaping after so many club closures over the years. London creates new scenes – music and fashion and style tribes. We are a leading international creative hub that must be preserved and London must get back into the top cities for music and clubbing, which is a firm objective with Amy Lame the Night Tsar and the London night time committee. I feel todays music landscape offers a wealth of variety and cool music from many different genres, and London is a great platform for music and fashion – it’s what we do well here in the city. Clubbing and live music zones away from residential areas in more industrial parts of the city is rapidly becoming the way forward, as it is in many cities overseas.

Lastly, you’ll play as part of the ‘Class Of 88’ collective alongside Andy Blake, Colin Dale, Omid 16B, Nancy Noise and festival founder Mr. C. Could you give us a preview of what to expect by selecting your favourite track from one of the mentioned artists?

Danny Rampling joins the likes of Bushwacka!, Andy Blake, Eddie Richards, Saytek (Live) and of course event founder Mr.C at Next Step Forward Festival this weekend at London’s The Cause & Grow. Last remaining tickets can be found here, whilst full information and stage breakdowns can be found via Facebook – https://www.facebook.com/events/269309290523427/. 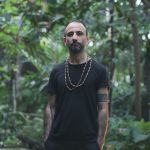 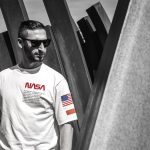