Back for his second solo EP on Carl Cox’s Intec in the space of only a year, Frenchman Matt Sassari drops another fantastic two track release.

Matt Sassari at the moment seems to be a man who can do no wrong following many successful releases, often making their way into Beatport’s much coveted top 100 sales charts.

With a prolific output of music, Matt Sassari is a talent who seems to have endless amounts of creativity, and still a relative youngster in his twenties, there is no doubt he has a solid future still ahead of him.

Matt Sassari has an eclectic style incorporating many genres within the electronic music spectrum, but often his style switches between tech house and techno.

Recent techno EP’s of his have been put out via Sasha Carassi’s Phobiq, Christian Smith’s Tronic and Dense & Pika’s Kneaded Pains, and his new one on Intec is in that same dark and pounding style.

The first track “Nervosity” is the deeper of the two, but be under no false illusions, as it’s still relatively tough with a bass-heavy sound. It’s the second track “Kun Daha” which really brings the ferocity to the EP, and for many, the B-side will be the main attraction. 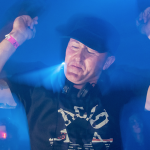 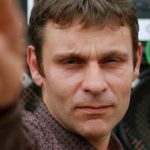