For those that have been partying in Melbourne over the last decade, you’ll be entirely aware of the enigma that is Uone.

Whilst having roots in Melbourne, Uone is truly a global citizen. Known for his unique and engaging performances at festivals like Boom, Burning Man and Fusion, he’s been chasing the sun for the best part of a decade. In that time he has built deep and lasting relationships with a range of artists around the globe, and these relationships have come to fruition in this release.

Taking over two years to create, Uone has collated an incredible 2-disc journey of original productions, remixes and collaborations that covers his musical journey from past to present. He’s managed to create something incredibly fresh and now, while also being timeless.

The first disc is a deep and druggy affair. Restrained and low-slung yet it propels forwards at just right the times. His collaboration with Soda Klop, ‘Space Between Love’ is an early highlight. The twang of the guitar with the throb of the bass and the hauntingly beautiful vocal in an ominous combination. Uone clearly has an affinity for tripped out vocals and they are scattered masterfully throughout the first disc. The first real shift in energy is the rework of an old Infusion classic, ‘Spike’ which bounces along with ease. This, along with PQM’s seminal ‘You Are Sleeping’ that follows is a shout out to the old, but done in such a way that completely revitalises and modernises them. It’s hard to reimagine classics, but here he’s done a fantastic job of respecting the originals while maintaining his own distinct sound.

The second disc kicks off with one of my all-time favourite progressive records, Luke Chable – The Shepherd, remixed by himself and long-time Chable collaborator, Danny Bonnici. I hoped they’d do it justice, and boy did they! That wonky-as-fuck bassline is truly something else, and it’s worth buying the releases just to hear this song. Things just keep kicking on with ‘Long Sunny Dazze’, a stunning collaboration with Jonas Saalbach (one of my favourite artists this year) that is deep and lush before going all tripped-out and wonky with Philosophia’s hypnotic vocals on ‘Some Kind of Voodoo’. I can’t finish this review without mentioning the remix of Jam & Spoon’s 1993 classic ‘Odyssey To Anyoona’ with Jamie Stevens. The chanting vocal looped over that warm melody is such a beautiful way to wind down the release.

What is most impressive throughout the journey is the way in which Uone has been able to stamp his sound across all of the tracks, while still highlighting and showcasing the artists he’s working with. It’s a difficult balance (pardon the pun) to get right, but he’s been able to manage it here to great effect.

Balance has always been had its roots in Melbourne, from the early days with DJ’s like Sean Quinn, Kasey Taylor, Phil K & Anthony Pappa holding it down; it’s great to see one of our own up in the big lights once again. 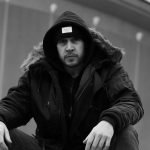 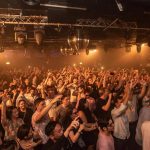