Vince Watson has returned to his Everysoul label with his 9th full length album consisting of twelve shimmering tracks.

Making house and techno for over two decades, Watson has produced more than 200 releases, 80 remixes and 8 albums, which have appeared on respected labels like Tresor, Planet E, Delsin and Fcom to name only a few. ‘Via’, his next long player, sees him return to his house and techno roots and portrays the continuous journey Watson takes from gig to gig, giving an insight into his mind. Slower and more mellow tracks symbolize the recovery and relaxation from one show whilst faster, upbeat cuts give us an idea of the adrenaline rush before the next. ‘Via’ is a quintessential Vince Watson record and represents the signature sound he’s been purveying since ‘Mystical Rhythm’ from ‘Biologique’, his debut album on Alola in ’99.

The album initiates with the wandering synths and ethereal pads of ‘Bon Voyage’ before crunchy kicks and mesmerizing atmospherics form ‘Via’, leading into an amalgamation of acid licks and piano melodies in ‘Route303’. Tracks like ‘The Traveller’ and ‘Towards The Light’ generate a murky aesthetic in contrast to groove focused cuts like ‘Progress’, whereas the otherworldly ‘Momentum’ and ‘Tale Of Two Cities’ are more high octane with their robust drums and filtered synths.

‘Lonely Journey’ delivers minor chord stabs as a distorted lead carries the melody, leading into the scintillating techno of ‘Arrival’ before concluding with a beatless ‘Sun Rising Mix’ of ‘Via’ – rounding off a truly inspired album.

Moving forward Vince Watson will continue to release music under his own name but the future will also see the artist delve into other musical outputs under different aliases.

Out now on Bandcamp, Vince Watson ‘Via’ LP drops on all other digital stores on 29th June and on vinyl 21st September 2018. 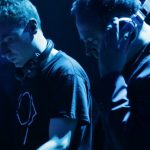 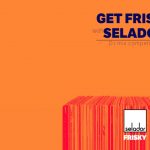