With Van Did’s remix of Michael & Levan and Stiven Rivic out this week on ICONYC, we take a look at his favourite tracks of the moment in the latest edition of What’s In Your Box?

“UV is a mexican duo, 2up & Vazik. Listened to they live set this weekend at the Picnic Day in Mexico, their sound is such a powerful mix of techno, house and progressive sounds. Definitely a duo to keep an eye on  ”

“Here’s my latest remix released on Iconyc, Let’s the music do the talking”

3. Third Son – Darker Side Of The Moon (Original Mix) [Selador]

“I’ve been playing this track on a number of sets, really like the driving baseline and overall energy.”

“Ampish is a new project from an Egyptian producer, this track is full of beauty and has something mystical. As part of a really cool EP premiered on 8day released on Montreal’s Bad Pony”

“Just Her has been doing an amazing job as a DJ and producer but also as a label manager delivering unique releases every time. Convex & The Shadow put together a very cool remix of ‘Let Myself Go’ ”

“ I Discovered Submarine Vibes, a label from Sarajevo, a few months ago. We’ve been premiering their releases on 8day and every time they send us a release is a pleasant surprise.”

“This track was originally released a few years ago, we decided to release it again this year on Endless Road compilation. There’s something special on it , can’t tell ”

“Jamie Stevens has his own unique touch and he delivered a killer remix on Marc Poppcke’s label. Crossfrontier is also one of my favorite labels”

“I’ve played this remix several times, really like the energy, driving baseline and powerful hook, Kitball is a synonym of quality release ”

Van Did’s remix of Michael & Levan and Stiven Rivic is out now on ICONYC, you can purchase the release: here 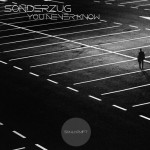