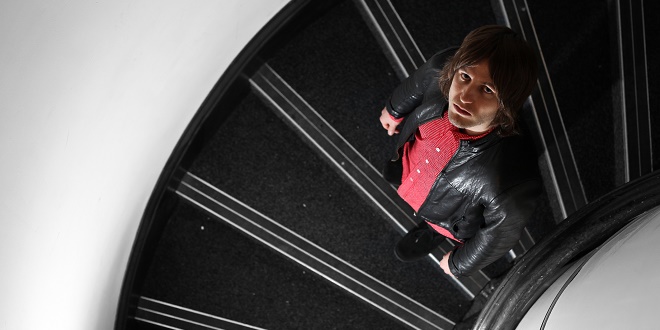 One of the recurring themes of 2014 so far has been the return of the art of the resident. Long forgotten in the midst of bigger and supposedly better guest djs, residents form the fulcrum of the identity of clubnights across the globe. They build the atmosphere, know the music that makes the dancefloor buzz and deliver time and time again. They are, to quote Pete Tong, “essential”.

One of the very best residents in the UK is Jemmy. As part owner of Liverpool’s vinyl emporium 3B Jemmy is a lad that certainly knows the value of a good record, but it’s his tenure at some of the city’s most influential clubs – where he’s really demonstrated his acumen. He first became resident at techno soiree Aztec, honing his craft playing alongside the likes of Magda, Stacey Pullen and Surgeon.

He was then enlisted by two of the most defining parties of the city’s current and past era of clubs. Cream first got him to warm up for Sasha and John Digweed when they reunited the duo in 2009, at the behest of both DJs. The superclub were that impressed they signed him up as resident, him regularly appearing at their parties in both Liverpool and Ibiza, as well as their superlative festival Creamfields.

The other institution though has really seen him spread his musical personality Freeze. He’s been the man enlisted with warming up every single one of their events since 2011, for three years being the sole resident as the party has caught the eye with a consistent bevy of phenomenal showcases in a variety of iconic Liverpool venues.

It’s seen Jemmy playing alongside Luciano, Dixon, Michael Mayer, Gui Boratto, Hernan Cattaneo and many more, as Freeze have transformed Liverpool venues such as St Georges Hall, Bombed out Church, Williamson Tunnels and inexplicably the Anglican Cathedral has havens for dance music. Whilst the party has shifted from venue to venue, reigning in an ever evolving cast of record labels and DJs Jemmy has been the common thread binding them all.

Freeze continue their 2014 focus on Saturday 26th April with John Digweed and Bedrock Records, with Ellen Allien also bringing her fizzing tech house attitude to the party. Ahead of the show we caught up with Jemmy to discuss the importance of residencies in modern clubland, and where that stood him with Freeze.

Hi Jemmy. You’re resident for Freeze in the city, with a date coming up at a Bedrock records party. Tell us some more about the clubnight and what your residency entails.

Freeze isn’t just a business like some other clubnights; it’s essentially a group of friends who like everyone else; love going to gigs ourselves and being inspired (probably getting into a bit of trouble – annoying a few of the locals along the way haha.) The party is always paramount at Freeze and mountains of detail and hard work go into every show. I think that’s where the success comes from, it’s not about trying to make a quick buck.

Where that’s best shown is in the production, the sound, lights and everything else that goes beyond the norm at Freeze is what makes it, and that’s what makes playing there so much fun. It’s always the perfect set up, and exceeds everyone’s expectations.

Everyone’s talking about the importance of residents again – why do you think it’s suddenly become discussed?

Did it ever go away? I guess it’s back as a conversation again because from time to time it’s good to remember why the resident is important, and I suppose they can sometimes be in the background!?

A good resident knows how to set the tone for a night, in light of both the Dj coming on after them and staying in touch with the musical character of the event as a whole. As well as creating their own unique sound. A lot of thought, dedication and passion have to go into being a good resident!

Where else have you played in the last year?

I’ve been very lucky, playing for some amazing parties for Freeze and huge shows for cream. It’s been a lot of fun and there’s been some interesting people who’ve been a part of the story along the way! As well as that the artists I’ve played alongside have been amazing, a selection of my heroes and favourite djs. There’s been dixon, ame, guy gerber, michael mayer, gui boratto, richie hawtin and more – I think it’s definitely been my favourite year to date.

We understand you run 3BRecords shop in Liverpool. Seeing as you are there first hand, how much of a renaissance are we seeing from vinyl sales and can you see it enduring for future years?

Vinyl is the strongest it been for years, and that makes for a wonderful atmosphere in the shop. One thing we’re seeing is the emergence again of the over the counter culture from a few years ago, people coming in and speaking to us about the music. We get some characters in the shop as well, really eccentric types!

We do various things as well to make sure we’re successful, so we’re not limited to just relying on one thing, especially when that one thing has been up and down the way vinyl has! We pride ourselves on being a one stop shop for all things music, we stock equipment, tickets and merchandise as well.

We also throw in store parties for album launches and gigs. DJs that have been in the city to play elsewhere come in and showcase their music or their label, and we’ve had people like Four Tet, Carl Craig, John Digweed and Crazy P all come to play. They’re always great events, the fans get to see these artists in a smaller setting, and in turn they get to spotlight their music – win win.

On to production. You’ve had records signed on Bedrock in the past and have more to come out with them shortly. What makes your relationship with the label so strong?

A lot is down to John himself. I have known him for a long time, via the shop and playing with him at a number of gigs, and he radiates a lot of experience and ideas which really helps. He’s very down to earth and relaxed but at the same time has an inner drive which is infectious, and has ensured that working with him has been great over the years.

He has always given me his time and, one thing which has been crucial, his advice. At the beginning, when I was girst making records, he let me know what was right with them, that the sound was good and they had some nice ideas, but that there was something missing from them overall. He pointed out that in this era of electronic music, when there is so much music out there, it’s crucial to make it stand out from the crowd, otherwise it will get lost and forgotten. This advice has prompted me to make sure my main focus is originality and tell a new story with each track. I want everything I do to make a strong impression, even if it’s a stripped back subtle track, it has to have that something that draws you in and maybe surprises you a little.

What records have you got forthcoming in the future then?

I have a couple of great releases pencilled in this summer, which I am very excited about! Both are quite different musically but still have my sound. They will be released on a couple of record labels I really really admire, but that’s all I can reveal at the minute ha!

Finally what else lies in the future for you?

I’m getting married in September to the most wonderful woman! In terms of music – Lots of releases, gigs and working hard on the 3b label and shop. 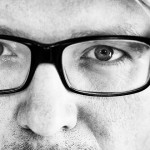 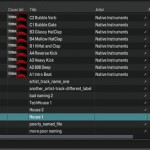