With Traumhouse having new music out now on A Must Have we catch up with them for the latest episode of 12 Questions.

I´m 38 now, I was born in Germany/Hamburg but moved to my girlfriend to Hannover 2 years ago. My first production attempts started in the 90s with the DOS software ‘Fasttracker 2’. I tried to produce Trance music. Later I used Cubase SX3 for a long time and produced a kind  of Psy Trance under my former Artist name ‘Sepp Tembar’.  Now I´m using Studio One 3. I started Djing 2001 with CDs only. Since 4 years my artist name is ‘Tembar’.

I just tried things in my DAW and learned more and more. The programmer of the first ATARI Version from Cubase helped me. Later, his son helped me in Cubase Sx3. The best hints came from friends.

Most difficult for me is a groove, which not becomes boring. Which elements should be in it, and which elements not. Melodies are easy for me, cause I play  piano and keyboard since I´m 7 years old. If I get a creative block in the production progress I mostly play some PC Games.

A normal day is going to university and learn more about Audio Design and be home for the kids of my girlfriend. In October 2017, when university is finished,  I will work again in storage or something like that.. If I find the time, I mostly do music with my girlfriend as ‘Traumhouse’ or just for me as ‘Tembar’.

I like many other genres. I listen to Björk, Bibio, Limp Bizkit or soundtracks. Sometimes Hip Hop. If the mood is right, I could listen to everything.

My first musical Cassette was the album ‘Erasure – The Innocents’. I loved it much. This was really good Synth Pop!  My last physical CD was Björk – Debut. In my opinion her best album.

I had many bad times in my childhood. Music helped me a lot to feel better more than friends or family. As a child, I learned to find cure in melancholic music.

Difficult question. There are many people out there, who are doing absolutely great music. I know some friends, who are too shy to send their tracks to labels. But I try to motivate them to do it. I think that people listen to the artists, which they know for long. But not many people try new artists until maybe some big guys play their tracks.

Now big positive influence comes from ‘Mauerhuhn’ who did some remixes for my Tembar project. I like his synth atmospheres in his tracks. Artfaq, Gorje Hewek , Guy J inspires me a lot. Lee Burridge, my friend Marvin (He does his first Remix for me) MUUI is one of my favourites too and of course Marc Poppcke.  Mostly I´m inspired from older sets of Kasey Taylor.

Do what you love and find your own musical way.

‘Traumhouse – Lost soul’ which will be released soon on A MUST HAVE REC.

I would like to thank some people: First I have to thank my girlfriend, who is the most important person in my life. She changed everything into positive in my life and by the way, she is the voice of Traumhouse.  I have to thank her kids, which show me every day, how easy life can be.  Then I would like to thank Jaksa, the head of ‘A Must Have Rec.’ He is the first label guy who I trust. I have to say, he is a friend now. He does everything he can to help the Tembar and the Traumhouse project. Never before was a guy so motivated to work with us. 🙂 Big Thanks to Rudolf from Pacco & Rudy B who gives me production hints every time and does big Masterings! And last but not least I have to thank Stephan Pokorny from Afterwork Sounds Rec, who did some releases with me and help me to make better quality of my tracks.

Traumhouse Dubs, Vol. 2 is out now on A Must Have, you can purchase the release: here 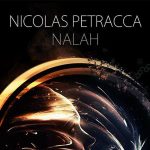 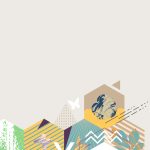