London–born, Toronto–raised DJ & Producer, Adam Nathan has been an A&R, promoter, record shop owner, radio show host, resident DJ in some of Toronto’s landmark nightclubs, and performed in cities from London to New York, Toronto to Tokyo. Having recently released his debut EP courtesy of Viva Recordings, we had a chance to catch up with him on the cusp of a new remix for False Face Music.

Hi Adam, thanks for joining us today, tell us a bit about yourself, where are you living these days?

Adam Nathan: Thanks for having me. A bit about myself, huh? Let’s see…. I’m an uncle to 8, I try to eat healthy and I’m currently living in Little Italy in Downtown Toronto – which makes it very hard to always eat healthy (damn you Food Network for amping up the foodie trend!)

How did you discover electronic music and what led you down the path of wanting to be a DJ and producer?

Adam Nathan: I discovered electronic music at a very young age through bands such as New Order, Depeche Mode and the whole New Wave scene, as well as the early Hip Hop movement. Around the same time, house music was just forming and I remember hearing it on late night radio shows and instantly loving it. I would record radio shows on my stereo, turn down the volume and go to sleep. I was so excited to hear what the DJ played when I woke up and would listen on my Walkman on the way to school. I then started going to underground house clubs at around 14 or 15 years old and was totally hooked on the culture – it saw no colour, sexual orientation, religion or nationality – it was completely unifying. I was always fixated on the booth and what the DJ was doing but it wasn’t for many years that I took the plunge and started to play. It was actually after my first time at Ministry of Sound in London that I knew this was what I wanted to do. I’ve been an artist my whole life, but nothing could compare with the energy of dance music. I didn’t start producing right away as I really wanted to focus on the art of DJing… especially since there was only vinyl to play, I wanted to hone my craft (which I feel now that you’re always doing, regardless of the method that you use to play).

Tell us about your record collection, where do some of your early influences lie?

Adam Nathan: My collection is pretty broad, from Brian Eno to Marvin Gaye, but a lot of what I have is what I was playing in the early 2000s, which was a lot of progressive tribal and melodic house. Some of my earliest influences when I started to play were very house-based, like Masters at Work and DJ Sneak. However, I quickly started moving into a more progressive storytelling direction due to influences such as Sasha, John Digweed, and Danny Howells and producers such as Redanka, James Holden, Cass & Slide, and DJ T.

How did growing up in Canada shape your path and sound as an artist? Or has it had any effect at all?

Adam Nathan: Growing up in Canada definitely shaped my sound. Being relatively close to cities such as New York, Chicago, and Detroit, we had exposure to all three cities during the formative years of house music. From NYC’s tribal house movement, Chicago house, and Detroit techno, the US influence was prevalent and really formed Toronto’s underground scene. I was also very exposed to what was happening in the UK – having spent quite a bit of time there almost every summer growing up and listening to pirate radio in the middle of the night at my grandparents flat. The influence of the melodic house of Europe, and the funky and rhythmic sounds from the US have stayed with me to this day.

Tell us about Toronto’s nightlife and do you get a chance to play much in your home city?

Adam Nathan: The scene in Toronto has gone through a lot of changes. The nightlife was super fresh and exciting from the late 80s to the mid 2000s, but has quieted down a bit over the last 12 years or so. There are still a few really solid clubs and outdoor parties, and although people aren’t going out as often as they used to, so when they do go out it’s amazing. I’m actually noticing a bit of a resurgence happening now, which makes me really happy to see. I used to play a lot here, but for the past few years I’ve been focused more on production. Now that I’m starting to play more locally again, it’s great to be involved in shaping Toronto’s underground scene and ensure its forward momentum.

You’ve got a new a new remix out this week on False Face Music, tell us about the inspiration behind the mix and how the project came about.

Adam Nathan: I’ve known Hamed (SpeakOf) for many years and we’ve always talked about doing something together in some capacity. We actually live on the same street, only a couple of blocks apart, and we bump into each other from time to time. I went by his studio one night and we were playing each other a bunch of our unreleased tracks, but when I heard Villain I knew I had to remix it. The sounds that they (Hamed & Leo) used were so great and I felt that there would be a lot of elements that could be used to recreate something special from the original. It can sometimes be a struggle to find the inspiration point of an original and, oftentimes, I use the vocal or a single sound or hook to create a completely new track.

There’s a warm, genuine feel about the remix, is this something you strive for and if so how do you achieve it? Walk us through the production process on the remix.

Adam Nathan: Thank you. I unconsciously lean towards warmth in my productions. I grew up listening to a mix of Motown and 70s & 80s music that had such a warm and enveloping sound that I knew I always wanted to inject dance music with the same rich essence. However, as dance music has gone in a very clean and compressed direction, creating thicker music can get a little tricky as I’m trying to produce music that sounds like it was already on vinyl. Production is a process and I’m always looking to improve the balance and sound quality.

The building block of a production for me usually starts with percussion. Having been a drummer, it’s the thing I hear the most and sets the groove of a track. Every kick, clap, and snare has its own personality, so building a kit that works together is vital for me. In my own productions I’ll often either find a bassline that works well with the kit, or start building synths and sounds on top of a percussive loop. With the Villain remix I went through all of the samples and started to select the parts that spoke to me the most. Then, I repeatedly listened to the parts in isolation until I found the groove of the track. There’s a quirky little thing I do with everything I make. I listen to part of the track (beats, synth lines, loops, etc.) and beatbox to myself until I find the vibe and structure of the beat, basslines, and synth lines. That’s the easy part. The challenge is then to recreate what I just spat out and into a drum kit, bassline sound, and other synth lines and sounds. I used to record those moments to reference but hated the sound of my voice so much that I just couldn’t get into it anymore. I’d think, if anyone ever found those I’d be mortified. Those who know me well know that I’ve always been creating beats and tracks with the sound of my voice… most times I’m not even aware of it.

Is that a typical process for most of your remixes or productions in general? Do you have a set way of working in the studio?

Adam Nathan: I usually start with figuring out what the vibe of the percussion would be and then build upon that with synths and a bassline. Then, I build a 30 second loop and start arranging that section. That usually only builds the first few minutes of a track, so once I’ve got that first section down, I develop the rest of the track as I go. Something I inherited from the days of playing progressive house was the evolution of a track, and how it can end up in a different place than where it began, so I often like to change basslines, and other melodic directions over the course of a track.

How much of an influence is music, outside the electronic world, on your own productions?

Adam Nathan: I truly do love all kinds of different music from almost every decade. I always loved music that incorporated the harmonisation of vocals, instrumentation and orchestral elements. I’m very moved by a lot of music, from a singer/songwriter such as Glen Hansard to movie soundtracks such as Tumbledown to Alicia Keys and The Beatles. However, I think a lot of my musical influences, in terms of arrangement, were mostly formed at an early age. I spent a lot of time listening to Genesis, Queen, Yes, and Pink Floyd. Granted, all of those acts embraced technology and synthesis, but it was their non conventional approach to original arrangements, mood, musical progression, and song length that laid a foundation to cultivate patience and an attention span for longer songs.

Tell us a bit about your studio, what are some of your go to pieces of gear or software?

Adam Nathan: I have a pretty lean setup, but in terms of go to gear, the UAD Apollo Twin is a great piece of hardware that has excellent plugins such as the Teletronix LA-2A Leveler and the Oxide Tape Recorder. A few synths I’ve been using a lot lately are the Korg M1, Rhodes, and Arturia’s Matrix-12.

What are the biggest challenges that you currently face in the industry as an artist?

Adam Nathan: That’s a great question. I’d say the biggest challenge for me is self-promotion. It’s never been a big thing for me as I’d rather make music than tell everybody about it. But it’s a loud person’s game and it unfortunately comes down to the old philosophical thought “If a tree falls in the forest and no one is around to hear it, does it make a sound?”

Adam Nathan: I going to be working on a few more remixes and get back to working on my concept album. I’ll also be developing my passion project, You Should Be Here, which is a music & collaborative art experience. This series of events were born out of my You Should Be Here mixes. The first party will be in Toronto this year, before I take it on the road to other major cities I’ve had my eye on.

We’ll end with something hypothetical and fun, if the final DJ set of your career was coming up what track would you end with?

Adam Nathan: That’s a tough one. I’d say either Greed featuring Lesley ‘Fatal’ (Deep Air mix) or Atjazz ‘Track 5’ (Mix 1). They’re both very feel-good tracks and I’d want to build the set to hit a final crescendo that allowed either of those tracks to really shine and end with a warm and positive vibe.

Adam’s remix of SpeakOf & Santini is out now on False Face Music, you can purchase the release: here 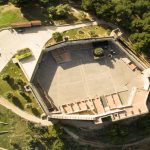 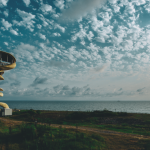