Thanks for joining us Bastian. We really liked ‘Miss One’ which we’ll talk more about later. Please tell us more about you.

Bastian Bux: I was born and still live in Barcelona. I started making music really young, when I was 15 or so. I’m 29 now so… Half of my life!

What’s the music scene like where you live? What have been some of your most memorable gigs so far?

Bastian Bux: I think that Barcelona has always been intense in terms of music scene, but recently I feel that is getting more interesting than ever, especially for the underground scene. There are some great venues, both classical and new, in the city that are doing a really good job. It’s easy to find the best artists of the moment playing here and there, every week. Every year the Sonar Week gets bigger and better, and a lot of big names are living here now. Speaking about Sonar, I think that some of my most memorable gigs occurred during the Sonar Week, playing at Elrow and at the legendary Razzmatazz in Barcelona. I also have great memories from Prinzenbar Docks in Hamburg, Decibel Dubai, Zirkel in Erlangen, Hideout Festival in Croatia, my tours around the USA, New Caledonia, the recent Ibiza seasons… It’s difficult to pick out just some!

What is your earliest musical memory?

Bastian Bux: It’s funny because last week or so my mother reminded me of the very first musical memory I have. It’s from my childhood bedroom, listening to a really, really old cassette by a band called Rondo Veneziano. I used to put it on while playing in my bedroom with my toys. It was some kind of an electronic band playing classical music. I still love it!

What key things made you get in to Dance music? Which DJs and Clubs first inspired you?

Bastian Bux: I think that my sister was the key for me to get into Dance music. I used to listen to a lot of music when I was a kid, but my sister, who’s seven years older than me, started bringing cassettes and CDs from the clubs she partied at. I remember how disappointed I was every day that she came back without anything new with her. I fell in love with this early House, Progressive, and even Trance mixtapes she played. In terms of inspiration, I have to admit that the clubs and DJs that inspired me a lot when I started were locals, resident DJs that played every week at the clubs around my house.

For anyone not familiar with your music, how would you describe your style? Can you put your finger on the elements of your music that makes it so distinctive?

Bastian Bux: I always make jokes with this question and give an answer like “Melodic Progressive Neo Techno with Trance flavour”… hahahaha, but, you know… I think there’s some truth in there. I think what makes my music distinctive is that every piece is atmospheric and has its own imaginary space. There’s also a lot of emotional content present, which makes it more special but also more difficult to play.

Who would you list as creative reference points influential to your development?

How difficult was learning to produce for you in the beginning? Knowing what you know now, what advice would you give new producers just starting out?

Bastian Bux: I don’t feel like if it was difficult to learn. What has been super difficult has been to discover that you can’t control when you are making something good or not, and that the key is always trying to have fun. That’s the advice I always give to new producers: ALL of the songs that I really like from my own sessions were done while enjoying, flowing, not thinking too much about them.

Your new release, the excellent ‘Nine Lives EP’ [Bedrock] is a collaborative project with Lee Van Dowski. How did this partnership come about and what is it like working with Lee?

Bastian Bux: It was a beautiful story. Lee and I have the same management, and both were in a moment of new challenges, I guess. I can speak from my side, but after two years creating music totally alone, I felt like if it was the right moment to share some experiences and try to collaborate with artists that I like. I started working on some collaborations with other artists like Coyu or Several Definitions, and my manager, Jaume, told me that maybe a collab between Lee and myself would be interesting. I was like… Wow! Of course! Lee has always been a top producer for me, and having the opportunity to work with him has been a great experience. It was so easy to create our EP, and we didn’t feel stuck in any moment. I can’t wait to start working again with him!

How does it differ creatively working as a solo artist compared to collaborating in the studio?

Bastian Bux: I’m this kind of producer that tends to doubt a lot. Even though I’ve learnt how to fix this with the years, sometimes I spend too much time thinking about the sounds I make, the arrangement I’ve done, the melodies I write… And I get a lot of anxiety out of it. So, for me, the thing I appreciate the most from collaborating is having a fresh point of view that helps me to decide and gives me extra confidence into what we’re creating.

Our choice for an #Essential Premiere here at Change-Underground is ‘Miss One’. Can you talk us through how you produced this beauty?

Bastian Bux: As with the rest of the EP, ‘Miss One’ was made by sending stems back & forth, with Lee working in his studio and me working in mine. With this one, I did a rough idea that already had the top melody that you can hear in the middle of the track and some of the pad layers, giving an idea of the key and musical transitions of the song. Lee changed almost all the “ground” sounds, changing an arpeggio for the rolling bassline that now is the key of the track. He also changed the arrangement and added the top drums. I think that ‘Miss One’ has been the song that changed more while creating it from the first draft until the final master.

What piece of studio equipment couldn’t you live without?

Bastian Bux: Good speakers and a familiar room. If I have this, I don’t mind making music with a PC, a Mac, outboard stuff, or whatever.

Which of your tracks in your catalogue do you consider to be your most accomplished creation to date? Why?

Bastian Bux: Hard one… I’ll say ‘Anima’… And the reason is because they still give me a lot of emotions when I hear them.

Tell us something about the psychological effects of music that totally blows your mind?

Bastian Bux: My favorite sensation is this unnamed feeling of sadness and joy at the same time that some tracks give to me – this mix of melancholy and happiness.

Who are your current Top 3 most exciting producers and why?

Bastian Bux: Patrice Baumel is doing outstanding work recently. I love him because he has this old school touch in his productions, but is still really emotional. Kolsch would be the second one – an amazing producer with this crossover sound just in-between the underground and more accessible sounds. My third choice would be Stephan Bodzin – after one of the best albums of recent years he’s coming back with more amazing music.

What would be your dream collaborative musical partnership?

Bastian Bux: Ludovico Einaudi. His compositions are out of this world. I would love to hear something from him in an electronic context.

Bastian Bux: After the ‘Nine Lives EP’ on Bedrock, my next release will be my first solo EP in almost one year that will have Fur Coat and Steve Rachmad remixes, and will be released by Suara. My plans are basically to make more and better music, to keep learning from this beautiful journey and hopefully to have my Live Set ready before I retire! Hahahaha. 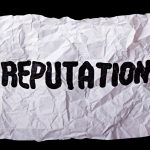 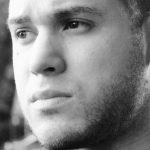