Hi Philippe (Chook), how did you first get started in the scene?

Hello, I live in tiny Luxembourg. I started in 1995 as Hip Hop Dj. Around ’98 I got into drum and bass and soon after I started fiddling around with production on an old PC that had a 6gig hard drive. In 2001 I took an audio engineering course in London. In 2004 I started my own dnb label Full Force with my partner Radic. In 2012 I started a trip hop band called Monophona. We’ve released our third album in autumn 2017.

Meanwhile I always liked techno even if I wasn’t producing any. So, two years ago I decided that I was going to give techno a go. I’ve had a few techno releases so far. I guess the good thing about starting from scratch is that you have no pressure because no one is expecting anything from you. On the other hand, it’s a little tough to start in a completely new scene where nobody knows you and you don’t have the connections you used to have.

For those that are not aware, how would you describe your sound/style? Is there any philosophy behind the music you play?

I’ve never made any compromises in regards to my productions. I’ve always done what I liked, not what I thought other people would like. Even if I don’t produce any dnb anymore I guess I still make the deep and dark atmospheres I used to produce back then. I suppose you could say it’s techno with a bit of dnb sound design.

We heard Quivver is a fan of your drum and bass productions. Do you have a different moniker for those and how do you decide which style you’re going to play?

I’ve always used my nickname Chook as a DJ and producer. I haven’t played any dnb in years though.

My ep Nocturnal animal was released on Lauter Unfug on the 9th July. It has got remixes by Aki Bergen & Richter, Matchy and Vanita. After having released two tracks on Lauter Unfug compilations Pierre, the owner, asked me if I wanted to release an e.p. and so we did.

It’s difficult to say. I guess I really enjoyed mixing in Australia and New Zealand in 2009 as well as in Russia.  Playing at Fusion Festival with Monophona was a great experience as well. One of the tracks I’m particularly proud of is Monophona – Thumb

Talk to us about the music scene like where you’re both based: where’s hot, who are the big names locally and how often are you playing?

I often hear people complaining that nothing is happening in Luxembourg, but if you consider how small Luxembourg is, there is actually loads going on. Luxembourg city only has about 100 000 inhabitants and yet there are concerts in all genres, techno, tech house, dnb, hip hop pretty much all the time. Obviously, you can’t compare it to London or Berlin but for a tiny city like ours it’s really not bad.

There are too many names to mention. I guess one of the internationally most recognized guys is Sunglitters. I for myself haven’t been playing so much the past year because I’ve recently become a dad, thus I have some family duties to attend.

Back when I was playing dnb I always played either vinyl or traktor scratch with vinyl because I used to scratch in my sets. Although now I just use the regular cdj’s.

What are your goals for the future and do you have any other things planned that you want to share?

For now, I’m just going to continue writing music that I enjoy without planning too much ahead. I do have a remix of Yin Yang Bangers’ track ‘Strasboug’ that’s going to be released on Lauter Unfug in August. 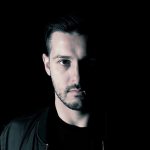 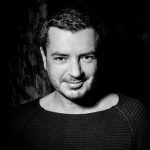