We caught up for a chat with Berlin based Dr.Nojoke, to learn more about his unorthodox production techniques and sound designs.

Dr.Nojoke, what initially got you hooked on the scene?

Hello. I live in Berlin for all my life. It´s hard to answer what got me hooked. It was a long process just as electronic music evolved. I always liked electronic music since my teenage years, but mainly I was into indie, noise, punk, garage, psychedelic, surf and alternative rock. During the nineties I was busy playing electric guitar in diverse bands. But when the Roland MC303 groovebox came out in 1996 I bought one and got infected. I was infused by mostly English and German music such as trip hop, drum & bass, Warp, Chain Reaction, the Cologne scene, minimal techno and then the Clicks & Cuts sampler on Mille Plateaux in 2000. I loved these artsy glitches and micro-sounds coming from whatever sources, but not from instruments. And so it went on.

Who are your musical heroes or the artists that inspire you the most today?

Still Ricardo Villalobos and Burnt Friedman are references for me. I find Raime very interesting, also Emptyset, Alva Noto, Ambiq, Andrea Belfi, Colin Stetson, Laurine Frost. I like when music crosses boundaries. I like also drone and neo-classical music such as the one from Bing & Ruth. I must say contemporary art, installations and performances are an important inspiration for me.

Please share with us your view on the modern electronic scene.

When it comes to artistic expression I would say music should sound unique. If you use sample-packs and presets – digital or analogue – and just the same machines all over and over again you can’t get that. The key is you have to tweak the sounds, bend them, carve them until you come up with something unique. Many people rely on the standard sounds as they sound great, but then the music sounds like a copy of a copy, same counts for sampling. Do not sample your favourite artists, search for something more obscure.

At least I´m totally fed up with trends. Making relevant music is a matter of musicality, a good sound design, mix and production. Coming up with something that sounds like this or that might be OK, but it is much harder to express your own vision and allow yourself to do that. I recommend to trust your own intuition and feelings and follow that instead of standards.

At least everyone has a different approach so all what I say may not matter to you. If you go for the money, I recommend to analyse the hits and use pre-sets and sample-packs. But that’s nothing for me. I never think about money when I create. Satisfaction is guaranteed when you manage to build something, that reflects you – all what you are busy with in your inside.

In Berlin´s clubs the music is all in all not so bad, but still it feels like a trap – the music sounds like the same everywhere. I don’t see so much differences. It’s kind of a self-fulfilling scene. Not much movement or risk. Just like the format radio nowadays: give them what they want. Maybe I just heard too much music in my life to get excited so easily. I want more challenge. I´m not satisfied when I get what I expect. I want to be surprised, I want to go on a musical and sonic adventure when I go out. Off the well-known paths there are many people active in small venues, where there is much more freedom for experimentation. Hundreds of small micro-scenes exist in Berlin.

You came up with the genre ‘Clikno’ to define your own kind of sound and it’s also the name of your own label too. We premiered ‘Aplose’ which is based on self-recorded sounds. What are you trying to say with this piece?

I always create my sounds from my own field recordings. Sometimes I also use instruments and fool around with them. The specialty on Aplose is that I used glass marbles, which I threw on the floor. From the recordings of that I extracted some parts and looped and layered them so it got that kind of African tribal feeling. What I always want to say is, that you can do music with anything and that you don´t have to take it all too seriously. Fun is an important part of the creation process, especially in the beginning. Let there be Dada!

Given you’re trying to innovate and do something completely different with your music, do you think the majority of the media is weighted towards ‘cookie cutter’ artists these days and caring less about real innovation and progress in our scene?

I would say yes, although it depends on the media platform. But there it is the same game: the forward thinking blogs just have not so many readers. When you are a big mouth and tickle the right nerves you make it much easier on the bigger platforms. But I think it was always like that. Just the world got much wider and bigger today with the internet, that everyone can find a cosy niche for a peaceful co-existence. Just that means you don’t get much from the pie, right?

It´s hard to live from artistry and as I can see many artists would deserve much more attention.

I would say less personal cult would be good all in all and more looking right and left off the beaten track. It just starts with you. The deeper you go the more you explore the more you shape your taste …

We understand you perform live and you’re using some very unconventional sounds in it, like babies crying, protests and marches. What is the thinking behind it doing that? And exactly are you looking for the audience to experience and why?

First it is surprising when you hear something that is unusual in the club context, second I do not accept electronic dance music and club culture only as an escape from reality. Club music can be so much more. I like to connect that surreal club-world with the outside. I use also screams, thunder, street sounds, church bells, muezzins … and on top of that I perform live with many toys, souvenirs and objects such as a plastic bottle, a toy accordion, Jew’s harps, nose flute, ocarina, radio and so on for a bit more dada in our lives. I like confusion, I like humor, I like intelligence and all that mixed together is also CLIKNO.

What are you goals for the future with the label and do you have any other things planned that you want to share?

The first two releases on CLIKNO are on transparent vinyl in a clear sleeve standing for an open and transparent world, where freedom, equality and peace are high values. I’m working on the layout and design of future releases right now. Many tracks are ready to be pressed, but my plan is to fuse text with visual art and music. I’m not sure, how it will be like in the end for the next few releases. I’m constantly searching as it is with the music. And that takes time.

Besides my CLIKNO label I have a new music project with the concert pianist Jan Gerdes. We are working on demos right now and we can´t wait to get our music heard. It´s definitely listening music – sonic trips.

In September my own radioshow CLIKNOsophical Chatter premiered on 199radio from London. The first edition was about German electronic music of the nineties and the next one (on October 11th) will be about The Canadian scene in Montreal and Toronto with some special guests from there.

In November I will put out my album “Reconstructed Electric Bass Guitar” via Abandoned Audio, a sublabel of the minimal techno label 31337, which is a conceptual one between ambient and clicks style.

Furthermore I am involved in a reading and sound performance in process with my friend Marianne Kjaer Klausen and I run the music collectives UNOIKI and The POOL Berlin together with good friends. 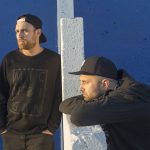 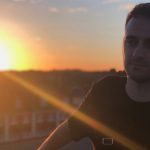