Edwin Oosterwal isn’t a name you’ll have heard of on the international DJ scene but has actually been responsible for signing and promoting some of the industry’s most memorable tracks on his iconic imprint Rejected, together with co-partner Joris Voorn.

Edwin Oosterwal: After living in Sydney and NYC for a while I am now back in Amsterdam. Its village-like charm combined with the cosmopolitan vibe and cultural life of a European capital makes it one of my favourite cities in the world. Only downside is the weather.

I first tried producing in the early 90’s using FastTracker and a few years later I played around with the Roland MC-303 Groovebox. When I was living in NYC, about 15 years ago, I started producing more seriously and I am still learning to this day.

My first official DJ gig was in 1993 so I guess I am celebrating my 25-year anniversary next year. Oh and I am turning 44 at the end of this month.

Where do your musical roots lie, what are your first memories of electronic music and when did you know you wanted to pursue it seriously? Are there any particular productions or artists from the past that really made you think to yourself ‘this is what I want to do.”

Edwin Oosterwal: unfortunately I did not have a musical upbringing. We didn’t really listen to any music at home. For my 10th birthday my aunt bought me a cassette tape with the best of the Top 40 of 1983. One of the tracks was New Order ‘Blue Monday’ and it blew me away. That track definitely started my love for the four-to-the-floor.

I don’t consider myself a musician so I never imagined releasing my own music. But one of the producers that always inspire me is Robert Hood. I am a bit of a minimalist myself and I love his minimal aesthetic. Derrick May is definitely the one who inspired me to start DJ-ing. There is nobody like him behind the decks.

How difficult was learning to produce for you in the beginning? Did you take any Audio Engineering programs or production courses to help you out or are you pretty much self-taught? And did anyone give any advice early on that really helped?

Edwin Oosterwal: it was pretty hard in the beginning, as I didn’t have any musical knowledge. Joris Voorn was the first one to show me the basics of producing and he introduced me to Cubase. For the rest I am pretty much self-taught. YouTube has been very helpful in the process. A few years ago I watched about 50 videos from a classically trained pianist on music theory and I enjoy watching music production tutorials.

Edwin Oosterwal: luckily I am not suffering from the blank page syndrome. Coming up with original ideas has never been a major issue. I actually quite like starting new projects. Finishing tracks is a whole different story. Especially arranging my own music can be pretty hard and making the final mixdown can be a lengthy process. But I found that tuning your drums really helps to clean up your mix.

You have a new EP out this week on Rejected, the label of Joris Voorn and run by yourself. Tell us how you approached writing the tracks Bleep and Babe, how the relationship with Joris Voorn began and what we can expect from you and Rejected in the future.

Edwin Oosterwal: ‘Bleep’ was inspired by the Chicago house sound of the late 80’s early 90’s, especially the old Dance Mania records. Both tracks were the result of me playing around in the studio with samplers and synthesizers and the basic idea was made in only a few hours. The arrangement and final mixdown took a bit longer though.

Joris and I met back in 1996 at Atak in Enschede (The Netherlands) where we both came out no.1 at a DJ contest. Since that memorable moment we both became resident at the weekly Basic Grooves parties, now one of the longest running club nights in Holland.

About 10 years ago, when I moved back to Holland, Joris and I started Rejected to release our own music. We are now working on a special project to celebrate 10 years of Rejected. More info soon.

Apart from electronic music what other genres do you listen to and who are your favourite artists outside of electronic? And do these genres or artists have a direct effect on your own productions?

Edwin Oosterwal: next to electronic music I am a big fan of classic rock and one of my favourite artists is Jimi Hendrix. I also really like reggae, dub and hip-hop. Unfortunately I don’t listen to a lot of music at home. I am listening to a lot of music professionally so I really enjoy the silence once I finished working.

What was the first and last physical (CD, Vinyl, Cassette etc.) piece of music you bought?

Edwin Oosterwal: my first LP was ‘Doris Day En Andere Stukken’ of ‘Doe Maar’, a Dutch ska band with punk and reggae influences. They were one of the most successful pop bands in Dutch history. I guess they triggered my love for reggae and dub.

It’s been a while since I last bought music on vinyl or CD so I can’t remember but it probably was something from Jeff Mills or Robert Hood.

Edwin Oosterwal: not sure if it’s going to surprise people but I am not a big fan of my own productions. After spending so much time on producing your own tracks, I rather listen to somebody else’s music. That’s also the reason I hardly play my own tracks.

Edwin Oosterwal: I am doing music full time and a normal day consists of running our labels Green and Rejected, producing music and looking for new music online. When I am not working I love to cook. Next to music it’s my biggest passion.

Edwin Oosterwal: KiNK never ceases to amaze me. For me personally he’s one of the best producers out there. He’s got a unique sound even though his tracks are all very different. I am also a big fan of Truncate and naturally Robert Hood. And I am always surprised how Joris Voorn keeps producing stand out and emotional tracks.

What advice do you give for up and coming producers?

Edwin Oosterwal: Work hard, never give up and YouTube is your best friend.

Edwin Oosterwal: it probably would be Mr. Fingers ‘Can You Feel It’. It’s one of my all time favourite house records and my experience tells me it works very well as the last record of a special night. 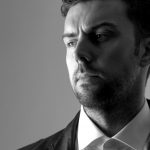 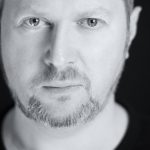