Frank Biazzi is one of those veteran producers who younger fans of techno might not instantly recognise, but for those of us who were fist pumping at the front of the dance floor in the early ’00s, his tracks should be more than familiar.

Carl Cox and his label Intec have always been held in high regard here at Change Underground, and the imprints new EP is from Frank Biazzi.

Every DJ’s nightmare is to develop the hearing disorder tinnitus, and it was an especially big concern before modern sound system designs. Frank Biazzi was one such artist to fall victim to tinnitus, which leaves a constant ringing in the ear due to permanent eardrum damage caused by prolonged exposure to excessive sound levels.

After having a couple of hit records Frank Biazzi developed severe tinnitus and had to remove himself from music for a number of years, just as his career was starting to blossom, but in recent times he has made a return with new releases on Marco Bailey’s MB Elektronics and Christian Smith’s Tronic.

Building with a new momentum, his latest EP on Intec has elements of the high octane sound he was originally famed for, but smoothed around the edges to match modern style, it’s a hybrid of both new and old with timeless dance floor appeal.

You can get an exclusive first play of the EP’s title track here at Change Underground, and pre-order the release now from BEATPORT. 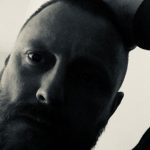 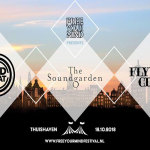