How did you first get started in the scene?

My father had a medium sized studio with dozens of instruments. From traditional Turkish ones (Such as Ud, Saz, Ney) to vintage synthesizers like 303, many types of keyboards and few other analog gears.

So eventually I found myself with playing with those on my early teenage years. It was the beginning of my interest to producing & composing music. Then one day my younger brother took me to Sven Vath’s legendary Omen at the same year it’s closed. I was 12-13 at that time and I was like ‘Wowwww look at those people and their leather suits and weird hair styles’. 😀

So it was the beginning. Then I kept my interest on music and played bass guitar & drum for several years in Istanbul’s local punk & metal bands. Then started djing in basement clubs when I was around 18-19 and since then I keep doing the same thing.

How did you come up with the name Hexer and is there a meaning behind it?

A: Hexer means witch in German and I picked it as an alias 2 hours before an ‘underground rave’ in Germany. Promoters suggested me to use an alias instead of my real name and one of my German friend came up with ‘Hexer’. Well we were playing World of Warcraft in those years. Maybe she got influenced from there 🙂

For those that are not aware, how would you describe your sound? Is there a philosophy behind the music you play?

For both DJ sets and production I can describe it as ‘hard’. And it’s the philosophy behind the music I play. As mentioned I got influenced by 90s techno and old school rave anthems. Which makes me to drive it faster & harder with less emotions but more feelings. So there is no place for flowers in my sets 🙂

Between Spaces is my second release. I started producing just few months ago and still learning lots of new stuff everyday for how to make it better and listenable by everyone.

Actually 😀 I always test my new tracks with my mother. If she likes them I give tracks a ‘Go’. So she really loves Debris and described that track as a groovy one. I think she found Between Spaces is a bit dark and hard 🙂

So I can say that main inspiration of what I do is people & life itself rather than what’s popular on the market. But if you ask a name I can give you 3 names;

I could never imagine that it would be so hard to connect with labels and get feedbacks from them. Negative or positive. Any kind of feedback.

Most of them doesn’t even check the tracks that they receive.

Anyway, after I finished my first release, ‘The Rave Method’. I sent it over to several labels. So Rebellious (Bach Music) was one of them and believe me they are the only label who actually helped me to make those EP better with their suggestions and advises.

Producing techno. It was my dream for a long time and I finally managed it. And a note; if I knew that how fun it is, I would do it long time ago.

Talk to us about the music scene like where you’re based: where’s hot, who are the big names locally and how often are you playing?

Bangkok is a great city for nightlife. There are few areas needs to improve such as closing times of clubs and artist management systems of venues.

Due to early closing times (2am at most) young talents are having hard time to get line ups alongside with headliner DJs.

Also artist and booking management systems of many venues needs to improve for my opinion. They should work with professional booking managers or agencies.

But recently there are few organizations started such as LOUD which organizes events properly and books different artists frequently.

Still the community itself is rapidly growing and will be so much better soon. Mustache, Glow, Whiteline are hot spots for underground music.

Mustache is my favourite between all those. Because of it’s vibe, decoration, sound system and of course the owner Olivier Alexandre.

Also Thailand has many amazing hidden venues outside of Bangkok. Such as The Factory, Koh Tao.

About artists. There are many local & international great names in Thailand. Such as internationally famed Nakadia, my techno duo Charlie Kwenta, Juany Bravo, Superstar Panda, Sunju Hargun, Soi Dogs, The Outsider, Neverest Records are the first ones I can remember.

I have to go with CDJs usually because of that popular ‘industry standards’ non-sense. But those devices makes me feel like there is nothing special what I am doing but mixing 2-4 tracks with each other.

So in some venues or private parties my favourite setup is 2x Traktor D2 decks with Allen & Heath mixer & analog synthesizers with sampler / sequencers.

This hybrid setup gives me so much creativity. Also people can never find what I am playing with their Shazam 🙂

Bottom line; cdj’s are okay but they shouldn’t be an industry standard and venues let djs play with whatever they want to use.

I want to release more and of course better tracks in future. Also planning to go back Europe scene which I’ve been away for 4-5 years already.

Also in few months I will have a 7-8 tracks album release! 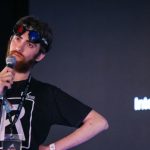 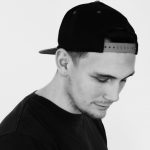