We catch up with Spanish producer, performer, and label-manager Integral Bread, finding out what he’s been up to and his plans for Univack, the label he runs with Elio Kr, as it hits its five year milestone. There’s an exclusive live set to check out and a Spanish version of the interview below too! 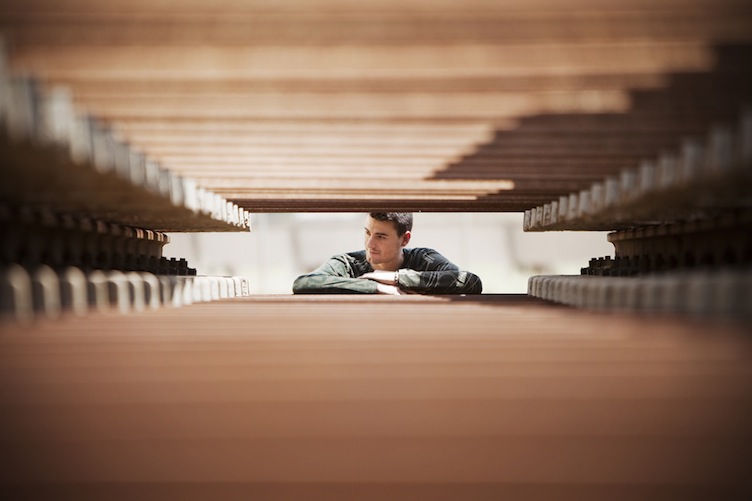 1. I’ve got to ask: why ‘Integral Bread? Is it really just that you love eating bread?

I do love eating bread 😀

Integral Bread was the name of the first track I finished, and I decided to use it also as my artistic name. Back then I was 16 or 17 years old (I’m 36 now) and my family used to have a bakery business. My friends used to call me “pan”, bread in Spanish. “Integral” is how we call whole bread.

2. You’ve been involved with electronic music for around two decades now. How did you get started, and what have been some of the highlights along the way to where you are now?

I’ve been really lucky to have contact with music since I was little, thanks to my mother’s family. My grandfather was a great Spanish guitar player and music teacher, and at home there was always a piano or a guitar to play and experiment with. When I started to listen to electronic music, what fascinated me most was the idea of creating, rather than mixing. I started to compose using Trackers, until I finally got to buy my first Groove Box. For my first performances I only used an MC303.

The period I was part of the duo Bread and Butter, together with Joaquín Gemio, helped me to grow as an artist. We learnt a lot together, both about producing and about live performing. We worked with different styles, but we got to be known specially in the Spanish Break scene. After Bread and Butter was dissolved, I refocused on my solo career, but you can feel its influence on my new productions, particularly through the different styles we worked with (Electro old school, Break, DnB, Techno, House, Progressive…)

3. Do you have any formal training in music or in production, or have you picked things up as you’ve gone along?

I received basic music theory, piano and guitar lessons as a kid. Regarding electronic music, there was no training whatsoever back then – not even an Internet access!

I’ve learnt almost everything I know on my own, partly by reading specialized books and magazines, but mostly by practicing and experimenting. It is a great advantage that nowadays there is a huge amount of professional courses, documentation and information on the Internet. For anyone willing to learn and create, it is very positive to have it all available.

4. How has your sound or style changed since you started making music?

I started producing Electro and Break tracks. After, I began to experiment with sounds closer to techno music, always trying to keep a melodic and harmonic content and an atemporal character.

I’ve always loved mental, hypnotic, evoking sounds that do not lose their functionality on the dance floor.

I’m sure that having worked with many different styles has helped me develop my own, which is hard to define sometimes. Many mates tell me that I have an “Integral Bread” style. I like to think that my music sounds different from the ordinary, and that the audience feels it too.

5. The last couple of years have seen some huge releases from you, from the likes of Lowbit and FutureForm. What have you got lined up for 2015?

2015 has started in the best possible way, I feel very inspired and comfortable working right now. I’m composing faster than I normally do and I’m sure that I will edit a lot of works this year.

My next EP for Soundness Music will soon be released, as well as remixes for labels such as Suffused Music and Ultradrums, but most of my productions will continue to be with my label, Univack.

6. You’re known not just for your production and label work, but also for your live act – first as part of Bread and Butter, and more recently as a solo act.What’s your live set up like?

My current setup is very basic -at least much more than it was years ago, when everything was hardware. I’ve tried to minimize the problems of using a very big Rider, and get advantage of the potential and easiness of modern technology.

For my live performances I use a Mac book pro, Akai APC40, Novation SL25, and audio FocusRite.

In my home Studio, I sequence and mix with Ableton Live, my keyboards and controllers. I like software synths very much (Sylenth, Absynth, Rob Papen, Omnisphere…)

7. What’s the goal behind the live shows – what does it let you do, as opposed to a more traditional DJ setup?

Unlike other musicians, at the beginning, what fascinated me was the idea of composing the music DJs used, rather than being a DJ myself. I’ve never mixed, truly – I’ve always composed and performed my music live, with the very same machines I used at home.

I believe that performing live is the best way of expressing yourself artistically in front of an audience, and I would love to see more lives in electronic events -or at least to see more DJs performing their own music.

I try my live show to have an artistic component, but being also effective on the dance floor, like a traditional DJ set is. I love performing; it’s one of the biggest rewards you get for spending so many long hours in the studio. Seeing with your own eyes what people feel with your music is really beautiful.

With my live show, I want people to dance and enjoy, with the feeling of being listening to something “different”.

8. Univack, the label you run with Elio Kr, is coming up on its 5-year anniversary. How did you get involved with Elio, and how did the label get started?

Actually, at the beginning there were four of us: Dave Alna, Urverk, Elio and me. We were friends and producers, and our main goal was to manage and release our works independently.

After two years, Elio and I began taking charge of it. We wanted to focus on the more melodic, deep and progressive spectre of Techno and Tech House. The two first years were very useful to detect mistakes and be able to adapt to the music industry. We work hard for it. It is a daily effort that takes up a lot of our time -time that we could be using for composing, but creating positive bonds with other artists it’s definitely worth it.

9. Labels tend to come and go these days – why do you think Univack has been so enduring?

We know it is hard to stand out nowadays, and we think that the only real and respectable way to do it is by working hard with humility and patience. We try to detect mistakes and solve them, in order to keep growing and evolving. Also, good treatment to the artists we work with is a key factor. We try to do everything in a professional, transparent, and independent way, for it to be reflected on the quality of our releases.

We are committed to the independence of our label. We are very proud of not depending on intermediaries: we work directly with music stores such as Beatport and we have our own promotion system. This is much cheaper, gives us freedom and allows us to be more transparent and to invest in our artists.

10. What are your plans for the label moving forward?

Our main purpose is to produce better music every time. We want to work with the best musicians, not only with acclaimed artists and well known producers, but also, and particularly, with great composers who are not known yet.

We still have a lot to do in Univack. We are constantly thinking of new ideas and we are always trying to get new tools to improve our label.

11. Who are the producers that we should be looking out for this year that we might not know about yet?

There are so many great composers all over the world who are not known yet that it is hard to pick up just a few.

I love what artists such as David Granha, Ioan Gamboa, Soulwerk, Lefrenk, Cumiks, Oscar Vazquez, Sergio Mateo, or Elio Kr are doing at the moment. They are all Spanish, and some of them well known to you.

I’m also a big fan of the very personal style of musicians such as Oovation, MUUI, or Erich Lesovsky.

There are others, maybe less known to you because they work with different styles, that I like very much, such as Lost Twin, Fabel, Gameboyz, James Rod, Sergio García (Trømmel) or Anu Manisa.

12. Do you think that the progressive/house/techno scene is in a healthy place right now? What are some of the most serious challenges faced by DJs, producers, and labels, and what can we do to meet them?

Yes, I think you can find quality music within those styles right now. Personally, I prefer those producers and labels that commit themselves to evolve and to propose new ideas, but there are others, more “traditional”, not so innovative that are still releasing high quality works.

As for events and parties, at least in Spain, the styles I like are very “underground” and do not receive the support that they deserve. There are many producers in my country who are really good and well known internationally but that do not get to work often.

13. Finally, what else can we look forward to from Integral Bread in the remainder of 2015?

The only thing I can say is that this year I feel more motivated and inspired than ever. This year I hope to keep learning and growing as an artist and that more and more people will be able to enjoy my music.

Thanks a lot for taking the time to talk to us!

Thanks a lot to Aidan and to the Change Underground team. Thanks to everyone for having the patience of reading the whole interview! And of course thanks to my fans, mates, family and friends. 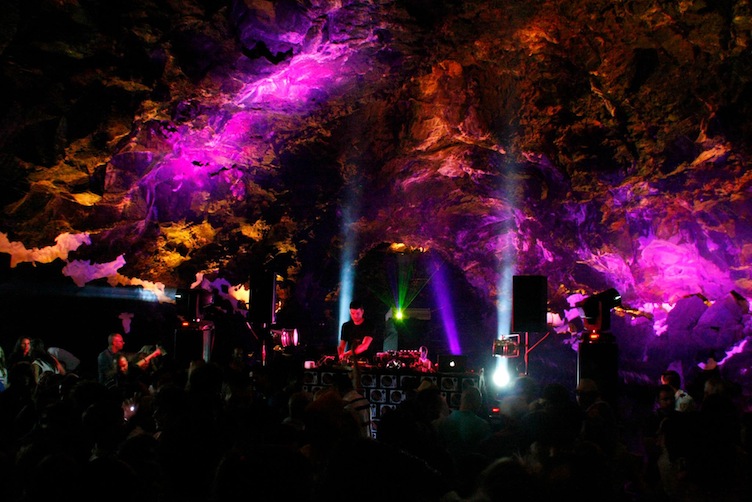 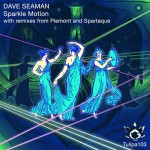