German artist Lukas Endhardt is a new name in the world of deep house. His warm, organic and surreal sounding productions have found a home on Magician On Duty and Underyourskin. Celebrating a remix on the former we catch up with him to talk inspirations, Hamburg’s club scene and what 2018 holds.

Hi Lukas, thanks for joining us today, tell us a bit about yourself, how old are you, where are you living and how long have you been producing music and DJing?

I’m 29 and currently living in Hamburg. I was born in the south of Germany but never felt much comfort there. Music has always been the only thing I really cared about as long as I can remember. I started sampling loops from vinyl and editing them when I was about 13 years old (after I had finally convinced my parents to buy a damn computer).

When I was a child, I started to learn several instruments but always was too lazy to practice. Then I had the chance to spend some hours with a software called Fruity Loops at a friend’s place and ever since that moment the computer has been my instrument of choice. It was in the days before Youtube and video tutorials so it took me years to find out what a synthesizer is and what it can do, it was literally learning by doing, trial and error. In the beginning i was pretty much focussed on Hip Hop music but soon my mind was expanded by the sounds of Kruder & Dorfmeister, Thievery Corporation, Aphex Twin and so on. My earliest inspirations surely were the Latin and Fusion Jazz sounds my father, who is a Piano and Percussion player, used to listen at home.

Actually i don’t know if there are many big DJs out there who play my music. Of course it is important for an artist to get support and feedback from fans and fellow musicians. On the other side there has been a very long period in my life when really nobody cared about the music I was making but I always continued. One moment I remember is when M.RUX and Mika Dutsch played my Manhã De Carnaval Edit at the Garbicz Festival two years ago. I was dancing in the crowd and suddenly they dropped my tune. It made me happy. I was also very high.

You’ve got a new remix of Echoel out this week on Magician on Duty. Tell us about the production process and also inspiration behind the mix.

I know Echoel for a long time, he’s one of my best friends. He’s always kidding about me that I take so much time for finishing a remix (usually there are PLENTY of versions). So this time i made one rather quick version while keeping his chords and tempo, showed it to him, he loved it. Then we showed it to Adrian from Magician on Duty and he loved it too. That’s about it 🙂

Name an artist you would most like to remix, and why?

There are too many. Acid Pauli, Nicola Cruz, so many quality artists. And then there are also the heroes of my past like KTS, Ame or Dixon. Recently i arranged a version of Stevie Wonder’s Superstition what brought me lots of fun!

Your biography states your style doesn’t fit in to any one genre. How would you describe your sound and philosophy towards music for those who haven’t heard your stuff before?

I love rolling grooves, simple chord structures, deep and funky basslines. And quirky little sounds flying around on top of it. I also like references to Pop and World music from the past. One musical parameter that is most important for me is the quality of depth in all its appearances: In terms of frequency, in terms of space, but also in a broader, more psychological sense.

With your current releases on Magician on Duty and Underyourskin the future certainly looks promising, how conscience are you of the steps you need to take to your career to higher levels?

There’s no plan I’m following, there’s no career I have in mind. I’m just very happy that I’m still able to do what I love and that there are people appreciating and supporting it. That’s more than I’ve ever asked for. I will just keep going as long as life allows it, taking one step after another always grateful and conscious of the way that lies behind me.

What do you want your music to convey to the listener?

I believe that music connects to deeper parts of the consciousness. So maybe people find some new ways to communicate with themselves through my music which again is nothing else than my sub consciousness expressing all the stuff I cannot express through normal language. That’s also why I like to experiment with waterish sounds a lot since water is the universal symbol of the sub consciousness.

How much time do you devote to making music as opposed to any other interests? And what would those be?

Every second I can. I try to get at least three studio days a week but reality looks a bit different at the moment. The main problem is the money work, unfortunately I have bills to pay. Currently I’m also on the road a lot, traveling and playing gigs on the weekend. Last but not least there are family and friends to care about. Right now my days could have 48 hours, it wouldn’t be enough.

What are the biggest challenges that you currently face in the industry as an artist?

That’s a rather big question. Easy answer: earning enough money with music only.

Tell us about the scene in Hamburg,  how is the nightlife and do get a chance to play out very often?

Nightlife in Hamburg sucks quite a lot. Don’t get me wrong, there are lots of people who really try to keep things going and put so much time and effort in it and i had the best parties of my life in this town but the city government makes it a real struggle. Also room is very scarce and expensive. And Hamburg just doesn’t give a fuck about what young and less well-heeled people want and think as you could perfectly see at the G20 meeting last July (don’t believe the newspapers).

Where is your favorite place to travel to DJ?

Every place is special and the short and very dense impression of a city you get when playing a gig somewhere you’ve never been before is what i love most about being a DJ. One of my greatest experiences so far was traveling to Thailand and playing two gigs at the Wonderfruit Festival where i got know amazing artists like Nicola Cruz, Be Svendsen, Soukie & Windish, David Dorad, Mimi Love, Sven Dohse and so many more.

What kind of stuff have you been playing in your DJ sets recently? Give us five of your current faves.

What I’ve been playing a lot is the fantastic Zigan Aldi Remix of Kyrill & Redford’s Mutterkorn and also my Remix of Superstition on the same release, coming 8th of March on Underyourskin Records. There’s also a Remix I made for m@kossa that I like to play in my slower sets, called Kolkul and released on Drosssel a few days ago. I always play some tunes from Iorie, they’re all gold. I loved the Hypnosis EP by Yør Kultura on Laut & Luise. Last but not least I can strongly recommend the Concentric Circles EP from my homeboy Echoel, recently released on Magician On Duty, don’t miss the Nutia Remix!

Lastly, what can we can expect from you as 2018 progresses?

After I spent almost the complete last year with remixing my friends and colleagues it’s about time for some new original material. There will be some EPs coming and I will keep on touring and playing gigs around Europe and the World I hope!

Lukas has new music out now on Magician On Duty, you can purchase the release: here 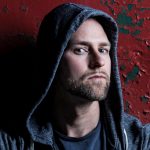 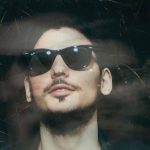