As a long time favourite of Hernan Cattaneo, Nick Warren and Guy Mantzur, Mike Griego has firmly established himself in the electronic music elite. This week he returns to Flow Vinyl with his first EP in over a year, we caught up with the Argentinean artist to find out what he’s been up to and what’s in store for 2018.

Hey Mike, thanks for joining us today, tell us a bit about yourself, how old are you, where are you living and how long have you been producing music and DJing?

Hey Mitch, thanks for the interview! I’m 34 years old, I live in Buenos Aires and I ‘ve been producing and Djing for around 8 years now.

Well, my brother introduced me to electronic music back in 2003/04. Back then I was playing guitar and singing on a post punk band so I wasn’t really interested. One day, I was at the university, and a friend of mine invited me to a party where I think Hernan Cattaneo and Junkie XL where playing, I accepted and it changed my mind. After that I just got really interested in the dynamic between the crowd and the dj, it was so different from what I was used to see. I started listening to electronic dance music, I wasn’t picky back then, just experimenting, listening to Paul Oakenfold, Underworld, Chemical Brothers, Infusion, Fatboy Slim, Tiesto, just anything really. By 2007/2008 I had developed a taste for house and progressive house, so Hernan’s radioshow was the perfect place to discover new music, and there I also discovered what would later become my biggest influences: Guy J, Guy Gerber, Gui Boratto and Kosmas.

Tell us a bit about the Argentina scene. The love the country has for progressive house seems unrivalled around the world. What is it that ties the country so closely to that genre?

I’m guessing that Hernan’s influence is really strong. He helped a lot to develop an electronic music scene here, alongside other old school djs, so people have been taught to like the genre and all its variants. But to be honest, Argentinian people are very open to new music and they embrace many genres. There’s an audience for everything here, and they are all very enthusiastic! but it’s true that progressive house fans are fierce here.

You’re own productions however have perhaps been more rooted in techno while touching on progressive sensibilities at times. How would you characterize your music?

Yes, that’s true. I like all genres and I don’t like to be tagged as anything. Is a cliché, I know. But to be honest, playing just progressive house is boring to me. I like being eclectic and versatile, to be able to pick and produce nice hypnotic original music independently of their genre. People often get stuck with tags or genres, we kind of need that to give context, categorize the things that we like or dislike, but with time I understood that it has no meaning at all. All that matters is music. I would say that I like hypnotic music, it can be dark and powerful or it can be slow and mellow, but always hypnotic.

You have a new EP out this week on Flow Vinyl. The three tracks work really well together as a cohesive collection. Tell us how they came together creatively and how they ended up on the label?

Well, last year was a bit hard for me. I’ve been struggling with some health issues so I wasn’t being able to finish many tracks. These are the best three I think. For Memory Burn, I wanted to try a different bassline. I feel like if you listen to progressive tracks, the bassline it’s pretty much always the same, so I tried to add some salt there. For Leprechaun, I focused on the dance floor, and I wanted to keep it more to the techno side. And with Ceres, we kept it more melodic and housey. I think the three of them work well together. Me and Pena are very happy with the results. After the success with Mocca Sunset, I was bound to come back to the label, so I think it was all a blessing.

The title track ‘Ceres’ seems to be getting the most attention, tell us about the inspiration and production process behind that particular composition.

I really don’t remember much! I think I wanted to make some housey track, with a nice breakdown. I always start with the core loop and then I create the music parts. So I had the main loop and the bass working together. After that everything came together quite easily. What took more time was the main breakdown, just because I couldn’t find a melody that would fit the main theme of the track. Ultimately I went for the chord progression.

This is your first release in quite some time, your first since an EP for Guy Mantzur’s Plattenbank Records in October of 2016. What have you been up to in the meantime and is this the beginning of a wave of new music from you?

I hope so! I’ve been finishing more music lately and I’m definitely trying to finish the album that I’ve been postponing for such a long time. It would be amazing to be able to release something like that, I’m looking forward to it. Last year I spent most of my time trying to find new sounds and to polish my composition. Sometimes I need to step back and think about what I really want to do.

What would you like your music to convey to the listener?

I would like my music to mean something for them really. That’s the main thing for me. It’s so nice when someone messages me saying that they love one track or that they enjoyed my set. That is where my joy is.

For a country with so many artists, DJs and events the Argentinean scene must have its fair share of frustrations as well, how could it be improved?

I really don’t think that there’s a way to make this better. Promoters should stop playing the gigs they promote, and the ones that don’t play should stop booking their friends only, and maybe start looking for new talents instead. That would make the scene much more interesting, having new options every so often. The warm up djs, don’t warm up anymore, they just play whatever they are used to play when they main, the only thing that they change is the bpm, and also they play only one genre, the whole set. It’s my honest opinion. That’s why I’ve always said that the only thing that can get you through these things is good music. If you are a great producer, then there’s nothing that can stop you. Now, the new way to get to play is just investing on events. It’s much easier to book djs, and play with them, than working your way up with your talent.

Who are some up and coming Argentinean artists to look out for?

I gotta be honest here, I haven’t heard many upcoming new producers. I can tell you that Pablo Cetrini is doing some new interesting stuff.

I would have to say the release on microCastle was probably one of my biggest achievements, since I had been following the label for a long time, and the roster is amazing!. Also when I got onto Sudbeat and Balance I was really happy! Sofia and Mocca Sunset are up there too.

I’ve been playing these for ages:

What can we expect to hear next from you? What does 2018 hold for Mike Griego?

I would love to finish my album, and I’ve got many new tracks that I’ve been trying out and that they are working out really good. So I’m hoping to find a good home for them this year.

‘Ceres’ is out now on Flow Vinyl, you can purchase the release: here 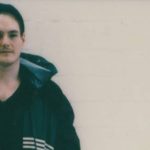 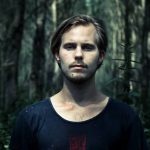