Hi Anton, tell us about you

So i’m 23 years old and I’m from Paris. I’ve been a musician since 12 years old, but I’ve been producing electronic music for 6 years and Djing for 4 years!

2. What made you get in to dance music?

I make the kind of music I make today because I desire to mix styles and sounds that are normally not part of the same field. I have varied influences and I like to try to mix classical music, film music, electronic music, folk music, world music etc. I like to make people dance but it is not my main criteria when I produce, I first try to make a very melodic music that, I hope, causes emotions.

3. Where was your first gig?

4. How difficult was learning to produce for you in the beginning?

I am lucky to have started playing music quite young, which is obviously an advantage when you start producing.
What was complicated at first for me was to succeed in keeping a consistency on several tracks, not to go in a lot of directions with 50 different projects and thus succeed in bringing together different inspirations in one or two projects.

Also, I remember that I also had a hard time finishing my tracks and after 2 months on a track, the track no longer pleased me. I only managed to finish an entire track after about 2 years. But despite all that I have always had a lot of fun producing.

Talk to us about your latest release ‘Misty Mountain’ and the inspiration behind it.

The first track “Misty Mountain”, is a track I did 2 years ago. I had just seen Extrawelt live and I wanted to make a song inspired by theirs. So I tried to draw inspiration from their granular bass and their surprising structures. So, as usual, I first composed the melodies, which are usually the basis of my tracks, and then I composed the rest inspired by extrawelt or minilogue.

The second track “Like Gilles Said” is one of the 3 tracks I composed with Rafael Cerato, we then asked Jonatan Backelie to put his voice on it.

How do you find the music scene in Paris and how often are you playing?

In Paris we are lucky because we have a big cultural life and a very varied musical scene as well as many concert halls, nightclubs and festivals. You can hear any style of music every month! It is a real advantage to live in Paris and I play there about once or twice a month.

Who are the other DJs or producers you’re liking right now?

I am more interested in producers and the musicians than DJs, and there are many that I admire at the moment, like Robot Koch, Kiasmos, Cubicolor, Hiatus, Christian Loffler, Rival Consoles… I appreciate their very melodic and filmic style as well as their ability to mix instrumental music and electronic music.

There are many labels that I appreciate a lot at the moment and on which I would like to have my music signed! If I have to cite some of my favorites of the moment I would say Anjunadeep, Ninja Tune, Diynamic, Erased Tapes, Infine, Chapter 24 …

My DJ configuration is quite simple. CDJ and DJM and USB keys. I have more material because I try to include as many instruments as possible, so I have my computer with ableton, an apc 40mk2, my sound card, an octapad to make batteries, my electric guitar and / Or my classical guitar and my keyboard. I intend in the near future to be accompanied by another musician!

My biggest achievements was my release on Diynamic and of course my upcoming album on Chapter 24 records. Also I’m preparing a video project with an incredible team, I will talk more about it soon!

My upcoming album, which I can’t wait to put out, along with the video project which will be very special. 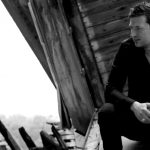 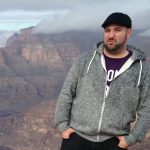