Snatch! is a label project headed up by Riva Starr who has built the brand into a platform that presents music from a diverse selection of artists that range from the likes of Nina Kraviz to Groove Armada.

Although the label’s sound touches on a wide variety of styles, it’s focused around house music that has big room appeal. Chunky, funky and full of personality, the Snatch! releases each have their own unique characteristics, and the new release from Federico Grazzini is no exception.

Federico Grazzini joins the label following a successful DJ career playing often in places like Ibiza. His success behind the decks is rivalled by the popularity of the records he has made for trendsetting labels like Steve Lawler’s VIVa MUSiC and Jamie Jones’ Hottrax.

This new release on Snatch! features two of Federico Grazzini’s solo productions alongside a collaborative track made in conjunction with Riva Starr and vocalist Robert Owens.

The collaborative track “Get Over” opens the release with an old school bassline that pays homage to the iconic Mr Fingers alias of Larry Heard. It’s timeless sound and jacking energy is further complemented by the compelling vocals of Robert Owens that take full effect in the euphoria of the breakdown.

“Yellow” Is the first of the solo cuts by Federico Grazzini and although it’s hard to put your finger on exactly why, it’s somehow reminiscent of “French Kiss” by Lil Louis. Perhaps it’s the drum rolls and rhythmic stabs that are similar, but it could also be that it sounds like an instant classic, because it’s in many ways completely different from anything else out there right now.

Last on this release is the appropriately titled “Dancefloor” which has a samba style flow to the percussion. Filled with snare rolls and hypnotic vocals it’s got a jerking rhythm that’s perfect for shaking your booty to. Very much a floor-filler, it’s got a timeless sound that should give it a much bigger shelf life in comparison to much of today’s throw away music. 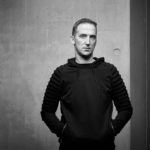 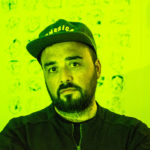