We talk to Me&Her’s YENI about her new solo futuristic techno imprint Cyborgs In Love.

Hi YENI, thanks for speaking to us today. What have you been up to recently?

YENI: Thanks for having me. It’s really cool to talk to you guys since I’ve followed you now for quite a while. The last few months I have spent working on the launch of my new Techno record label along with my solo project and that was quite a lot of work (studio work, administration of the label, pitching for remixers, contracting …) . Also I am working in a start-up in Switzerland beside also touring a bit under my alter ego, so I haven’t really had any free time – but I actually need it to be like that 🙂

You’re also one half of ME & her. Can you tell us more about how the duo was formed?

YENI: Nearly 5 years back, we’ve created the duo and had releases on amazing labels and also were we able to travel the world and play amazing venues, but we’ve always had different types of personalities and combine our individual musical styles into our project.

As YENI you’re making a darker form of Techno. What made you decide to pursue this solo project and how will you apportion your time?

YENI: Since I come from the Berlin and Leipzig Techno scene, it was always a part of my music style. I remember that people always said I would play too hard but I just played what I felt like playing. After finishing my studies last Autumn I felt kind of restless and wanted to use the time, which I now have, to invest even more into my music and my personality. I am a very happy and outgoing person and you will see me always with a smile but with Techno I can really scream out what is inside me and it takes me back to the time when I was spending nearly all weekends in Berlin’s Tresor or Dresden’s Strasse E and Triebwerk or Leipzig’s famous Schranz club 10/40.

What’s the concept behind your new label Cyborgs In Love?

YENI: Nowadays we are nearly doing everything with electronic tools. We navigate by using our phones, we communicate by texting all around the globe. We are kind of connected to wires and machines and that’s what a Cyborg in reality is for me. I would consider myself as some kind of Cyborg. We always need machines to express our feelings, communicate and make music. But there we are showing real emotions and love that we transform with the help of digital tools and equipment. Technology became so important for us and it is for me as well. It’s weird at some point but somehow I accepted that I am a Cyborg. The connection between humanity and technology became so important for us that we somehow also transformed into human robots or so called Cyborgs.

Tell us more about your relationship with John Haden and how he came to be the debut release?

YENI: One year ago I was looking for tracks for my set and I found his free edit of Rammstein’s “Du hast”.

I contacted him to get the download and gave feedback that I liked the way he remixed it. Then we found out that we both live in the same city and started coaching and exchanging each other. I also got a soundcard from him he didn’t used, so I thought he is such a great guy. When I told him that I want to set up a label he immediately agreed on that idea. So he was involved in the label from the beginning that it was clear for me to have the debut EP with him.

What plans have you got for Cyborgs In Love in the future?

YENI: So it’s going really well already. We have signed EPs and planned releases already for the rest of the year and I am such a happy person since I was able to involve all my favourite artists in different releases and projects:

1) DJ Emerson has delivered a dope remix for our debut EP.
2) Wigbert and Andres Campo have both just confirmed remixes for my next release which will be the second EP on the label.
3) Rob Hes will provide a great producer sample pack for our joint-venture with Samplesound.
4) Roland M. Dill who is one of the artists I always dreamed to work with is also on our sample pack series together with Roland M. Dill, John Haden and Rob Hes.
5) Clint Stewart was a guest at our CIL Radio podcast series.

Right now I am planning a showcase/work shop for ADE with my team, so a lot more will be announced soon, but for me it’s just the greatest thing to collaborate with all of the artists whose music I’ve loved for many years.

Finally, what else have you got coming up? Any gigs, releases or other projects you’d like to shout about?

YENI: I am happy that I have had my first gigs since February where I played in Rome and also with Fabio Florido in Switzerland. I was able to play Sisyphos in Berlin, my favourite club in the world, a few weeks ago where I delivered a Hard Techno Set to Hammahalle (which is an amazing floor there). On top I will be playing for Absolut Techno at Nature One and will also mix a compilation for them. I will play b2b with one of my best friends at Artlake Festival in Germany and alongside Lee K. for Halloween in Switzerland. The next EP on Cyborgs In Love will be mine and I can’t wait to get my tracks into the stores. 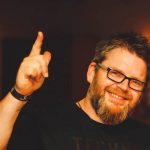 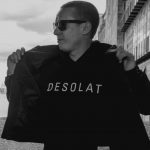