AGENT!: I was born and raised up in Würzburg which is a small city near Frankfurt am Main. Back in the 90’s  and 2000’s Würzburg had a great scene for electronic music as one of the first techno clubs was based there. It is called Airport and I started Djing at the Airport Club in 1999. Since 5 years I live in Berlin and of course this amazing cultural city still inspires and surprises me. I produce my own tracks since 2008.

AGENT!: The first time when I went to the famous techno club Airport in Würzburg with the older brother of my friend I was immediatley infected by the magic of electronic music. I started saving money for turntables and for a mixer and bought my first records

AGENT!: I started as an Hip Hop DJ and my first gigs have been  at Hip Hop Jams and underground basements. It was back in 1999. Golden Age Hip Hop, Funk, Soul and Breaks are my roots and you still can hear and feel this in my DJ Sets as well as in my productions. I became a resident in the club Airport and from the first beat I felt my passion for Djing.

AGENT!: Since my early beginning I was interested in producing but of course it took some time to have a stabil knowledge to receive my desired results. Back in those days there where no YouTube tutorials so I spent years with trying out and DIY. Nowadays I am proud to have developed my signature sound and to be able to give a kind of timeless touch to my tracks.

AGENT!: My inspiration for the Sultan EP was my Golden Age Hip Hop roots. I like to sample old funk, sound and break records a lot. This gives a very warm and organic vibe to my productions. Dompe is a close friend who lives next to my house. He got a similar music taste and so it was just a matter of time to create some music together.

AGENT!: I live in Berlin and of course everybody knows the famous clubbing scene there. It’s really amazing to see people from all over the world coming to Berlin only to have a great party and enjoy the special Berlin vibe. There are a lot of new clubs and of course also many „old“ established venues. In summer I play regularly in Berlin and in general I play shows every week.

AGENT!: LocoDice, Green Velvet and M.A.N.D.Y. Those acts are evergreens and you can be sure they rock the show. But there are also some others artists from whom I really respect the work for example Juliet Sikora.

AGENT!: I began playing Vinyl only. Nowadays the technique changed a lot and I like to travel light that’s why I chosed to play with Timecode Vinyls and Traktor. In case there are no turntables I use USB.

AGENT!: In 2012 I released an EP on Moon Harbour and one track called „Work It“ reached #3 in Beatport TechHouse Charts. I am also proud of my gig history as I played in famous clubs like Fabric London, WOMB Tokyo, D-Edge Sao Paulo or events such as CTEMF in Capetown, WMC in Miami and many more.

AGENT!: The Sultan EP gots  a load of bass and a lot of power. The title track, joint adventure with Dompe brings a flashy groove together with catchy sax lines with one goal: get the floor moving. ‘Alien Nation’ takes the energy further, with a crushing sub bass and a stunningly effective techno fueled pressure.  Finally, the Brazilian DJ an producer Andre Salata takes ‘Alien Nation’ even further into the deep dark nights.

AGENT!: I am preparing my debut on Black Beard, which is the very new imprint of Supernova. The guys already run the famous label Lapsus where I already released some stuff. I will play some nice Festivals and Open Airs in Germany and Europe in the summer. For example I will play a little tour in Greece, at the exit:ruine Open Air in Wertheim, the Twin Lakes Festival near Berlin, club gigs in Sisyphos and many more. In autumn / winter I will start touring again. At the moment I am planing my tours for North- and South America. You can follow me on www.agent-music.com to join my journeys 🙂 See you around! 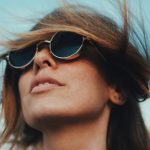 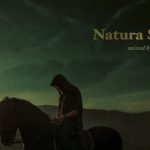