Hi Riven, tell our readers a bit more about you

Riven: Hello guys, I’m 28 years old, I live in Luxembourg and I’ve been Djing since the age of 15. That makes it 13 years now. I’ve not always been playing house but started with more commercial, radio stuff, moved to DnB and finally made it to House & Techno at the age of 21 where I guess I’ll stay ;).

Talk to us about your latest release with them and the inspiration behind it.

Riven: Well, the Purple Palms EP contains two tracks I made that I personally really like. I came across the vocal hooks while browsing my sample library and they reminded me of some track I heard in a club that I really liked so I decided to make a track using them. It was the first time I actually started a track with the vocals. Usually I go for the drums first and build the track around then. It’s also a bit more progressive than my usual stuff because that’s the way, Lauter Unfug is going now.

‘Appreciate’ is one of my favorite tracks. It’s not the common tech house track as it is way more minimalistic than my usual stuff.

Do you think you’ve found your own sound yet and if so, how would you describe it?

Riven: I really like Purple Palms but i’m moving away from the techy tunes and really getting into minimal. I’ve been hooked since a few months and really looking to go that way. So my upcoming productions might therefore sound a bit different than the stuff that I used to release. Off course, there’s still some other techy tunes about to be released on other labels that have already been signed.

You’re co-owner of Luxembourg imprint ‘Lauter Unfug’. How did you first get introduced to Pierre, Pascal and the rest of crew plus what made you decide to start a label together?

Riven: I was introduced to Pierre a while back when we met at a secret rave party. We decided to make our own label because there was literally nothing going on in Luxembourg! It’s worked quite well as you can see. Pascal, who’s become a really good friend joined in later and really helped us to bring the label forward as well. He’s really dedicated to the music and a magnificent DJ and producer.

But as mentioned I’m trying to go a different way. As Lauter Unfug has become a progressive house Label, I will try to represent the minimal fraction. But that’s still kind of a secret. I’will be able to tell you more about that In a year or two.

Of course, we’re all still good friends and we work together.

And If there’s one thing I hate and it’s a thing I have experienced way to often here in Luxembourg, it’s people in the underground music scene working against each other, instead of working together.

We understand you’re a party promoter too. Where are you throwing parties and which names have you booked

Riven: It’s quite difficult in Luxembourg. There are no real underground clubs so it’s always a challenge to find a spot to thorw a party. But we managed till now, hosting artists like Marc Houle, Darius Syrossian, Re.You, Mathias Kaden and many, many others over the year.

We heard a rumour you lost €9,000 because of a party that was cancelled by a club promoter in Luxembourg

Riven: I want to name names because that wouldn’t be professional, but yes that’s correct. It was actually cancelled by the venue promoter on the day it should take place, so we lost all our money. The club even took our money too. And we even had to pay the DJs again for the rescheduled date at another club! We took a huge risk staging another party afterwards but we did and are stronger than ever for it.

Riven: As there was not really a scene in Luxembourg, it was extremely difficult to get taken serious by the industry in the first place. But with continuous hard and good work, we eventually did the trick. It was also in our favour that there has been a massive switch (finally!) from EDM to House music. A lot of people who’ve been studying abroad and made their experience with underground house music came back to work in Luxembourg and they wanted off course to make the same, or at least a similar experience here.

Riven: Definitely my release on Time Has Changed as it’s a label I’ve been following and playing tracks of since the first day I’ve been playing house music. But I also really like my too tight relase as it’s been played by big artists like Solardo for example. One special moment was also when I discovered that Nicole Moudaber played my tune “Stellar Trip” at the Paradise opening party at DC10 in Ibiza.

Riven: Minimal, deep tech and slightly more, I don’t really know how to call it but I’d say “trippy” stuff 😉 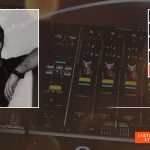