Every now and then, a game changing release comes along that inspires change. Does Sian’s Capital Crimewave signal that time could be now?

I’m 39 and have been in to dance music since I was 14, so i’ve learned over time that musical trends move in cycles. I’ve always been inspired by futuristic sounding music and it pains me to stay there have been released in the 90’s that were much more innovative and futuristic sounding than some of the music we hear today.

So when Sian’s Capital Crimewave landed in my inbox, I have to be honest and say I wasn’t expecting to hear anything different.

As I skipped though the tracks, I really was surprised to hear the variety and innovation.

And as I continued listening, I became more excited. In fact, Capital Crimewave actually inspired me enough to start penning the review you’re reading now at 1am! [That has never happened before btw!]

On certain tracks, Sian gives us a slice of his dystopian vision for the future; yet as bleak and sometimes gut-wrenchingly raw as it sounds, I feel it’s where underground music should be again right now. Dark, edgy, futuristic stuff – that’s beyond cool.

This is the type of music that played in the right setting can change lives on the dance floor.

Now I want to be clear and point out that what Sian’s delivered here isn’t exactly new, but even so, with this release, Sian takes a huge leap forward in today’s scene, and really deserves kudos for trying something experimental. It took a lot of imagination, vision and skill to write this and even more guts to put his reputation on the line. And for that, he deserves our highest award.

Techno by definition is supposed to be futuristic!  I hope Capital Crimewave encourages other producers to follow suit and start giving clubbers fresh experiences again.  The future can be anything we want it to be. All we need to do is create it! 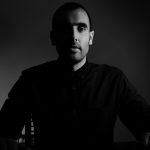 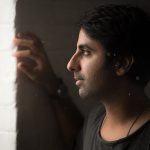