We catch up with one of the nicest and most chilled out people you’ll ever meet. Guy J reveals all you need to know about Lost and Found – plus his brand new imprint with Sahar Z, Armadillo Records.

Guy J, for anyone that’s been living under a rock, can you tell us the concept behind Lost and Found?

Guy J: the concept is to have no genre. Just good electronic music for the dance floor. I’m looking only for original sounding music.

You’ve just launched your label Armadillo with Sahar Z. We know you’re selling out shows all over the world at the moment. What inspired you to do this and where do you find the time to A&R?

I love musical challenges and I think it’s more challenging to do down tempo music. A lot of producers make down tempo stuff but don’t do anything with it. So Armadillo is a platform for this.

And where do I find time? DJs and producers always have time 🙂 Music is a real passion for me and I want to do more. I’ve got a great team. Both me and Sahar decide together on the releases. We come up with ideas about who can we bring and what releases would be interesting, so we all get things done.

Robert Babicz said he sent you an album for Armadillo?

Yes he did – it was amazing. We’re doing this release with him and then we’ll do the album later.

I’m sure every producer reading this would like to get signed on Lost and Found. How can they do that?

I get a lot of music. I sometimes think people are in a rush to finish tracks. I’m looking for original stuff for Lost and Found. If you try to deliver a message with your music, people will feel it. I try to sign tracks for the dance floor but it doesn’t need to be a peak time track. For example; we’ve got a release coming up from Luka Sambe with a Charles Webster remix – who is an deep house producer. Every release I speak with the producers. We build a friendship. I always want to know about the person and where the music is coming from. It’s nice to build a connection with the artist plus it’s good to find the meaning in the music.

What if a demo is good but needs refining? Do you have time to help the producer and give them some tips? Does Lost and Found ever help with mixing and mastering?

It’s up to the producer to be happy with the track. If I like something and it has potential but needs to be refined – I will say. We don’t ever get involved with the mix downs because there’s a chance the track can end up sounding different to what the artist intended.

We handle mastering for our artists and I’m working with Cid Inc, Stephan Muller and Calyx from Germany.

We released an interview with Robert Babicz yesterday who was talking about the analogue recordings sounding much better.

Ha – he’s a real master. I tried a few projects with analogue – it’s really nice. We don’t do stem mastering, so most of Robert’s amazing sound is being recorded in analogue at the point of creation.

What would you say have been some of your best releases on the label?

Making your way in this industry can be really difficult. Sasha took James Zabiela under his wing. John Digweed helped you. Will you do the same?

I don’t think I’m in that position yet in my career – but when I am – I will help more for sure. I have more steps to go up.

Most of the releases these days on Lost & Found are from up and coming artists – so I’m trying to give new talent a platform with this label. I’m also doing the lost and found parties, so I’m trying to take some of the producers to gigs.

You come across as a person that has no ego – do you think a good attitude gets you places in this industry?

My career is an evolving story. I’m not pushing any steps. I’m happy with where I am. There a lot of people who have ego’s but it’s not my way. All my friends are really down to earth people.

But there are also a lot of artists that have become successful because of their ego. Some made it this way – some didn’t.

What about Lost and Found label parties?

We’re looking at doing a few parties this summer. We did Argentina, Japan, Holland… I really enjoy our labels parties and we put a lot of effort to them.

Which things are you most excited about?

It’s looking like another beautiful year and it’s kicked off really well. I’ve got some really amazing parties coming up in South America this June and July. I’m also really excited about Armadillo. We’re planning to release an album from an artist in the psytrance world – it’s amazing. We’re also looking to create some Lost and Found releases with Armadillo tracks at some time.

Yes – I felt that from listening to Burning Close to The Core on Robert’s new Armadillo release. I could imagine Sasha remixing that. Would you like to have him on-board?

Of course Mark – come on! Haha!

Which up and coming producers do you think have the most potential to go further.

Navar makes amazing music. So does Khen and Sahar Z.

Finally, what new releases do you have coming up and would you like to do another Balance album?

For my music, I’m doing something for Lost and Found, Bedrock and Babiczstyle. And yes, I would love to do another Balance album. Really enjoyed producing my first one. 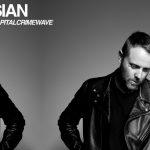 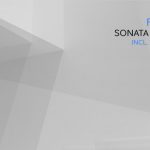