Originally released in January of this year it showcased the Latvian producer at his best with four progressive minded cuts that earned both critical and commercial success. The full EP reached #14 in Beatport’s progressive house chart while three of the four tracks also charted as well with ‘Shiva’ getting all the way up to #28. Now coming back in a massive way the tracks get reborn with new interpretations from Silinder, Rick Pier O’Neil, Rich Curtis and SEQU3l.

The release begins with Silinder reworking the title cut ‘Journey’ and what a great way to kick off the release. It’s been a while since I’ve heard something new from the Irish prog house savant and this certainly hits the spot. Chuggy grooves, airy motifs and that distinctive Silinder cadence standout immediately. Light chord stabs add a spacey flair as the atmosphere continues to evolve into the break. Here the melodic narrative expands, although quite subtle in delivery the emotion is profound and a classy drop just seals it’s brilliance. Lovely work from Gav as always.

Next up Rick Pier O’Neil returns to the label and puts his own twist on ‘Dopa Mine’. The French artist and RPO label boss it renowned for his crisp production and progressive techno style. That certainly shines here with a mix that’s both groovy and sonically distinct. Quite stripped down at points there’s a wonderful dramatic sense to it and once the full complement of drums wraps around that buzzing groove it’s quite magical. A short break keeps the energy fluid and vocal pads seal a celestial third act perfectly. Great remix from Rick.

Rich Curtis is up next and makes his debut on the label in the process. Long regarded as one of the most creative artists in the progressive underground he seems like an ideal choice here, also taking on ‘Dopa Mine’. The good thing is it’s turned out much different than Rick’s and has a wonderful effects and melodic narrative. A touch pixie-like perhaps, the melodies shine brightly, carrying into the break before some very clever vocal edits lead to a more tripped out third act. A much more emotive interpretation as well with chord changes bringing a bevy of feel good moments. Strong interpretation from Rich and a much welcome debut on Balkan Connection as well.

The release concludes with SEQU3l who is also making his Balkan Connection debut here. The Indian artist had a massive hit on Praveen Achary’s Juicebox Music last year entitled ‘Timelapse’. It quickly shot to the top of the progressive house chart and now sits as both his and the label’s best selling track on Beatport. His pristine club friendly productions are loved throughout the underground and he’s delivered another gem here with a killer interpretation of ‘Dopa Mine’. If you follow SEQU3l’s music you’ll recognize those squelchy stabs instantly but more than anything his productions excel on strength of rhythm and groove just like this one. The flow through the middle section of the record is what really shines, smooth and compelling as those vocal gates get layered over the chunky groove. A definite winner for the dance floor and a great way to round out the release. A top notch remix pack from Balkan Connection with two very hefty artist debuts on the label as well. Don’t miss it. 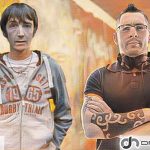 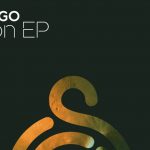