We got a rare chance to catch up with one of techno’s leading stars Tomy DeClerque to get his views on the modern scene.

Hi Tomy, great to chat. You’ve been a regular fixture on Carl Cox’s Intec imprint since 2010. How did you both get introduced?

Tomy DeClerque: Thanks or having me 🙂 Well the relationship with Intec started in a regular lets say “classic” way. I gave my tracks to Marjan (my manager) and who sent them to Jon Rundel, who’s taking care of releases on Intec. He gave the tracks to Carl and Jon got back to me saying they wanted to sign them. I think I got drunk that day hahahahahahaha

I met Carl in person on Ibiza after the release and after that I even got an honour to remix a track Nexus from his album. Since then, I always send them tracks that I think are special or different enough to fit the label and right now I’m waiting for an answer on 2 track I sent a few days ago…

You’ve got a release out Durtysoxxx’s highly respected Funk’n Deep imprint. We see Mike as someone that’s really going places. Given your pedigree in techno, what were the qualities in Mike as a person/label boss that made you sign with him?

Tomy DeClerque: I’ve been following Funk’n Deep from the beginning and I love that it’s not just one straight style of techno. I also have a very wide as style, so if you listen to my productions over the last few years you’ll hear i’m making lots of different things. At the beginning I thought maybe the label will go “one way” but then I saw that they have the “Funk’n Deep way” and that’s what I love about it. Last year I met Mike in Amsterdam found him an amazingly respectful guy and extremely professional.

You’re from Slovenia and we think it’s safe to say you can be counted as one of the country’s most successful artists. What’s the scene like there and how often are you playing?

Tomy DeClerque: Well Slovenia is very small country … there is not lot of clubs … the main club is Ambasada Gavioli where I’m resident DJ where I play but not always … all the other gigs are mostly out of Slovenia. and there is a lot of great artists in Slovenia that are playing mostly around because of the small space where we come from 🙂 Don’t forget that Umek & Valentino Kanzyani are also from Slovenia and also Mike Vale, Aney F., and many others known around the world. Maybe is something in the water hahahahahahahahahahaha

C-U is a platform that supports new talent. Which other up and coming DJs or producers are you liking right now?

Tomy DeClerque: To be honest I don’t follow up coming DJs. There are so many DJs right now uploading their sets and share them over socials that it’s surreal. Even when they ask me in private what i think about the set I always say them that I don’t listen to sets and explain I cannot go everywhere and listen to everyone 🙂 With the technology and availability of the music these days you can spend some time and prepare the perfect technical and musical set. But this for me is not DJing. A good DJ connects with the crowd and makes the right set for that place!

Regarding the new producer side; there is lot of great talents out there. To be honest I play more music from new producers than famous artists these days because they seem to have a really fresh approach to their craft.

Which labels are consistently delivering the goods for you?

Tomy DeClerque: I’m not fixated with any label. If you check My Chart that I do every month you will see that there is always a big mixture of labels, but there are some which I chart regularly 🙂 Funk’n’deep is definitely one of them, also Alleanza, Loose Records, Reload Records, !Organism, Phobiq and so on.

Tell us about your DJ setup when you’re playing?

Tomy DeClerque: Ufff – ok. So I play with Traktor and 4 decks connected to Xone 92 on all 4 main channels, then Ableton Live connected on the Return Channels of Xone 92. From Xone 92 Aux 1 and 2 are sending the signal back to the sound-card to use Reverb and Delay. On the delay channel I created a max for live device that is handling the buffer size of the sound-card so the delay is in sync with everything else. Also in Ableton Live I have a Drum-rack with sounds that I play live with PUSH and create patterns on the fly to add them to the mix. Everything what is happening in Live I control and have a visual feedback on my iPad with the Touchable APP.

What would you consider your biggest achievement so far?

Tomy DeClerque: There are many… having tracks played by lot of big artists, having releases on great labels and definitely playing at Awakenings few years ago 🙂 Even If i didn’t played my usual set as I played at the beginning it was still a great experience.

What future goals do you have and what can expect from you soon?

Tomy DeClerque: The goal is always the same … making music that will make people go crazy once I play them 🙂 Soon a remix I did on Felix Krocher is coming out, an EP on Alleanza, a sample pack for Funk’nDeep… to know the rest, the best thing is to follow me on my socials 🙂 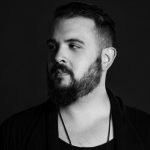 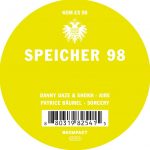